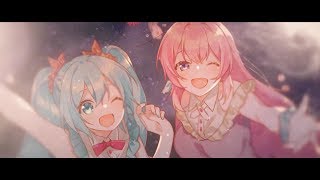 You can expect to hear the song at the Magical Mirai Tokyo & Osaka concert events in August~September, or in the Magical Mirai 2019 OFFICIAL ALBUM which will soon be released on July 10th, 2019. Listen to it now on Youtube, Nicovideo, or Bilibili!