Today’s 12th illustration in the 39 day countdown to Hatsune Miku’s 12th anniversary was contributed by Shinai!

“It’s my great fortune to be invited to take part in this countdown. The first time I met Miku, I was in primary school. Now I am in senior high school. How time flies! I appreciate that Miku stayed beside me for these years. I hope that Miku keeps getting better and greater, happy 12th anniversary!” – Shinai 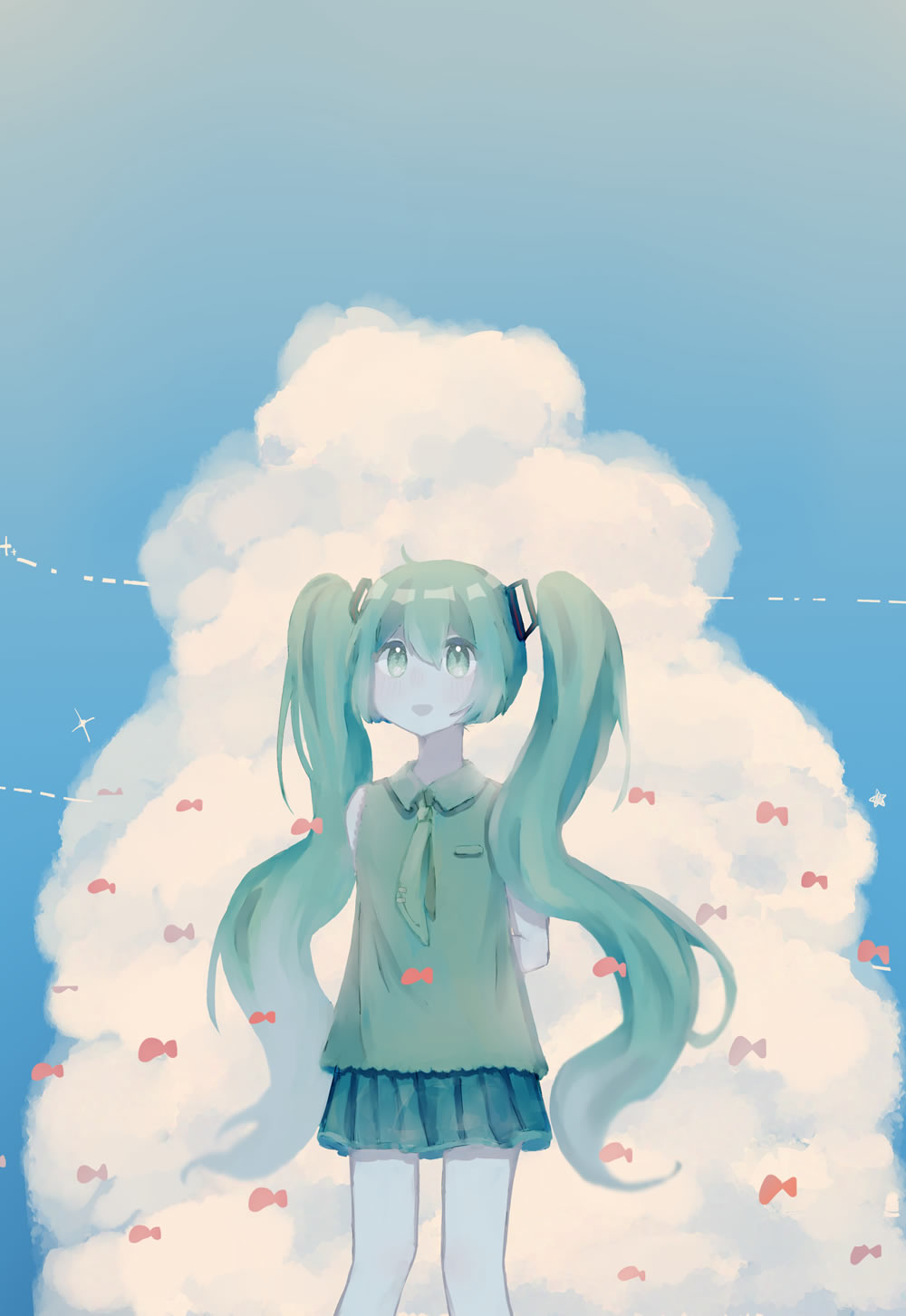