Today’s 26th illustration in the 39 day countdown to Hatsune Miku’s 12th anniversary was contributed by Akipiz!

Here’s what Akipiz had to say for Hatsune Miku’s 12th Anniversary:

“I’m very happy to take part in this countdown! What I’ve drawn for this day is the dress in 《恋は戦争》(Love is War). In the original PV, Miku’s dressed in an original suit, but I really like this black suit and the feeling in the song about yelling out from the heart. (^▽^). This Vocaloid Legend song is already 11 years old, and in a flash it’s already Miku’s 12th, so I finished this work in the feeling of remembering the past and to be ready to meet the new legend! Hope you all like this. (:з」∠)” -Akipiz 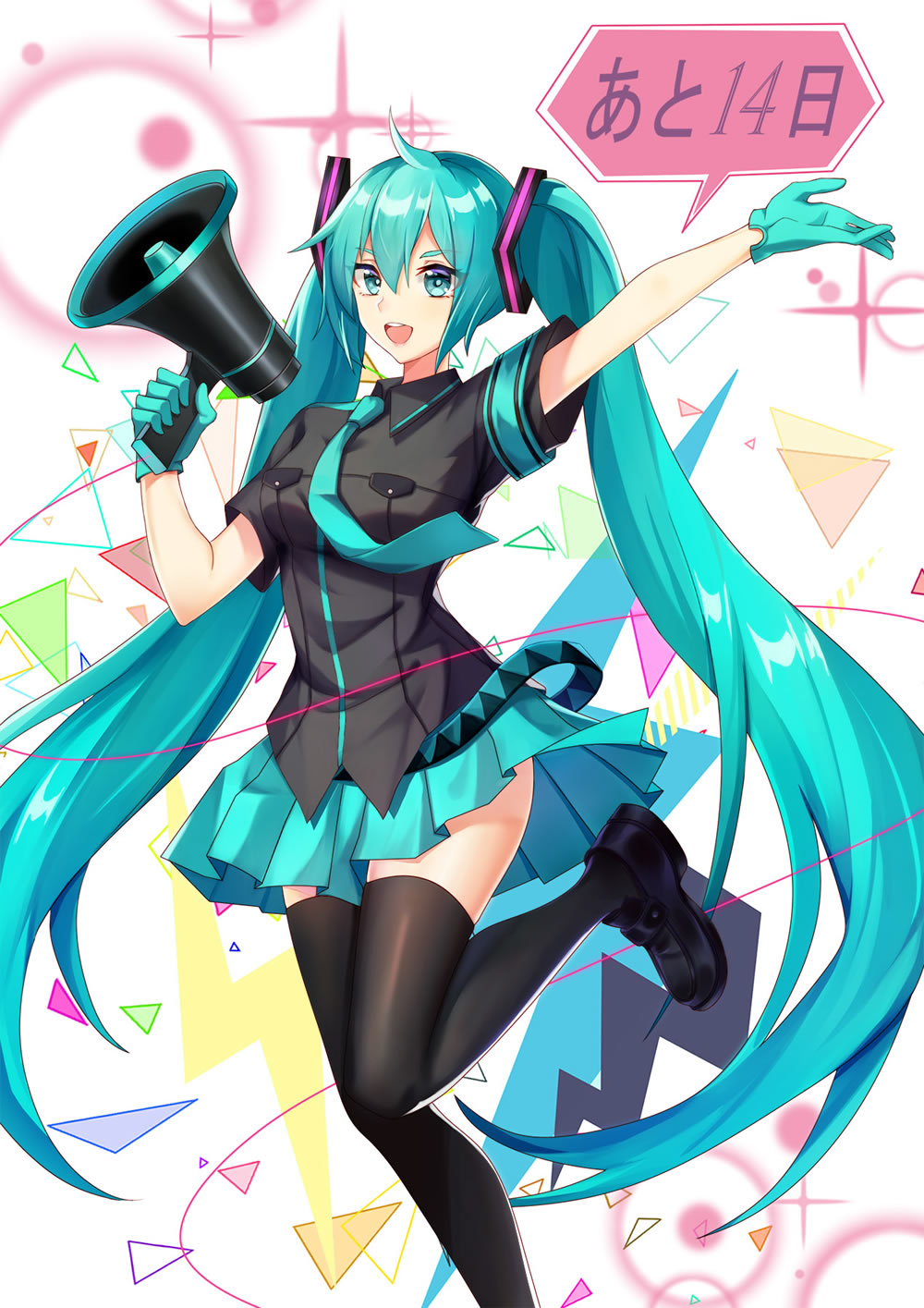