Today’s 37th illustration in the 39 day countdown to Hatsune Miku’s 12th anniversary was contributed by “HatsuneMiku”!

Here’s what HatsuneMiku had to say for Hatsune Miku’s 12th anniversary:

“The magic cube dancing on the fingertips.” – HatsuneMiku 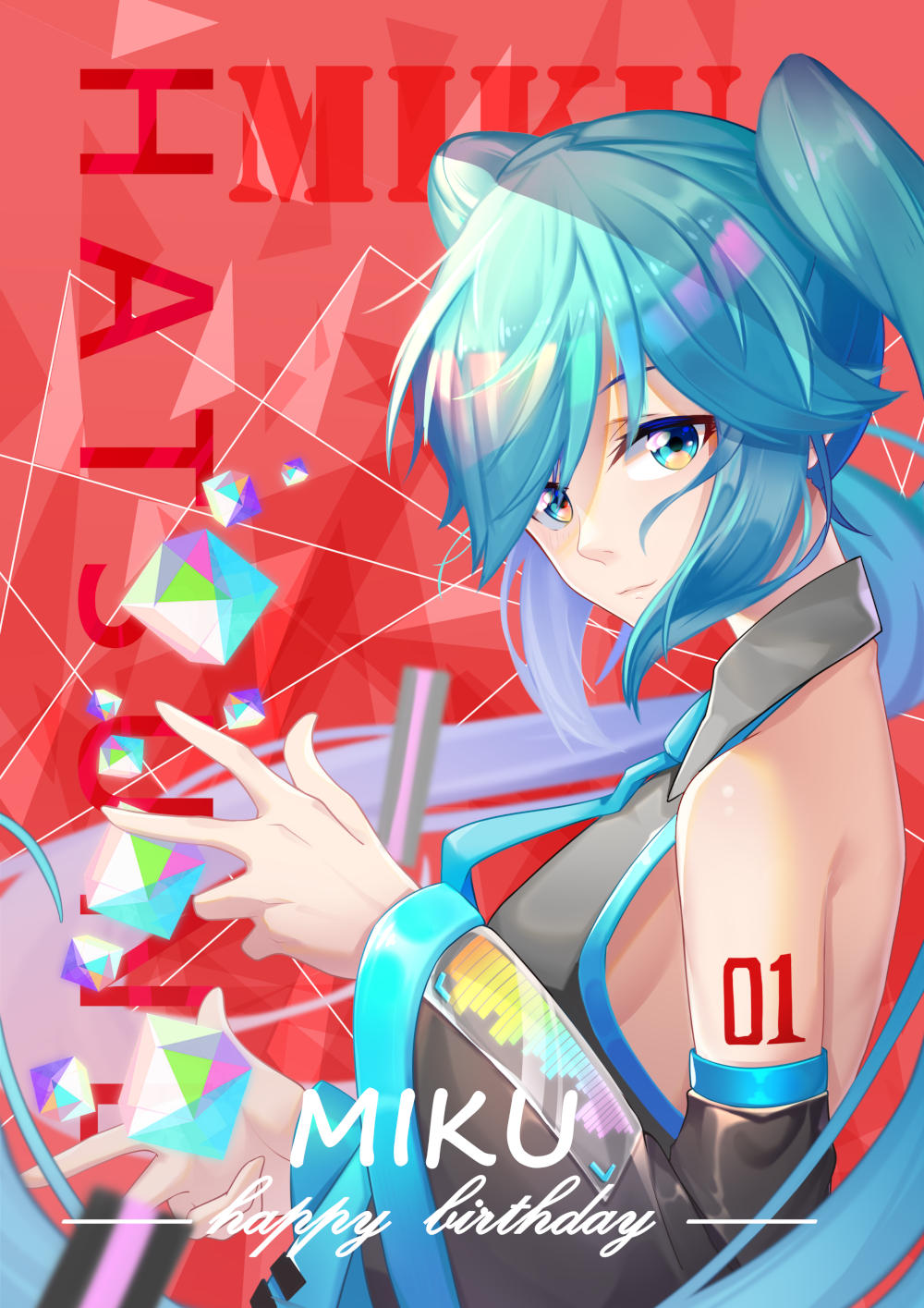 The 48th edition of the of the Summer Endurance Race concluded last weekend with Audi Sport Team WRT taking victory at the 10 Hours of Suzuka. Just a lap behind them was Mercedes-AMG Team GOODSMILE finishing in 10th place.

Audi Sport Team WRT claimed victory in the penultimate round of 2019’s #IntGTC campaign at #Suzuka10H this evening thanks to a dominant performance by Van der Linde, Vanthoor and Vervisch.https://t.co/V4RDSVemzS pic.twitter.com/YbWUB26WVe

The #00 Hatsune Miku Mercedes-AMG GT3 would qualify in 6th for the start of the race which started off well overtaking the #777 CarGuy Ferrari 488 GT3 on the first lap. The first hour of the race would be calm with some overtakes and minor spins until the first big incident would happen when the #88 JLOC Lamborghini Huracan GT3 made contact with the #5 GTNET Nissan GT-R GT3 to overtake spinning both cars and getting the #34 Walkenhorst BMW M6 GT3 that was in 2nd place involved forcing them to pit for repairs.

Things start to heat up after 2 hours into the race when the #27 HubAuto Ferrari 488 GT3 and the #98 Arrows Honda NSX GT3 started banging wheels until the Honda went off track followed by a ‘T-bone’ collision with the Ferrari bringing out the first long Full Course Yellow meaning all cars should slow down and no overtaking is allowed.

💥 BIG IMPACT! @NickCassidy_'s HubAuto @FerrariRaces has been T-boned at the Hairpin by Arrows Racing's @hondaproracing. The two made contact at the kick, sending the NSX across the gravel.

After the race restarted the #999 GruppeM Mercedes-AMG GT3 makes a move on the #00 Miku AMG late braking into the final chicane causing both cars to go off track. This also helped the #018 KCMG Nissan GT-R GT3 (Not to be confused with the #18 UpGarage NSX GT3) overtake the Miku AMG down the main straight as she was recovering from the earlier contact. The incident gave the #999 GruppeM a 5 second penalty for cutting the chicane.

Change for P4: Marciello lunges down the inside of @goodsmileracing's AMG at the chicane and makes it stick. That causes @kamui_kobayashi to lose time and allows @KCMotorgroup's @aleximperatori to also nip through!#IntGTC | #Suzuka10H 🇯🇵 pic.twitter.com/bkquhcPcQn

As the race enters the second half, the #27 HubAuto Ferrari loses control at the fast-left turn of 130R crashing into the foam barriers, bringing out the Full Course Yellow once again. Fortunately, Nick Cassidy who was driving the Ferrari escaped un-injured and surprisingly the car wasn’t badly damaged that he managed to drive it back into the pits for repairs.

More hits than elvis today. Hit by an AM I was lapping and paid for it later. Can’t wait to get back to Super Formula and Super GT. pic.twitter.com/i8cz3C6lsk

As night falls at the track, the lights go on giving teams an extra challenge racing in the darkness. As the race was reaching it’s closing stages, Super GT’s GT500 driver Tsugio Matsuda in the #35 KCMG GT-R makes a move on the #107 Bentley Team M-Sport late braking into the final chicane and still fighting for 6th place side-by-side along the main straight until the GT-R successfully overtook the Bentley.

It's Godzilla vs Thunder at @suzuka_event!

At last after a long 10 hours of non-stop racing the checkered flag was waved with the #25 Audi Sport Team WRT taking victory with the #00 Miku AMG just behind them a lap behind to finish in 10th position. Although Mercedes-AMG Team GOODSMILE may not have won the race overall. The team has been awarded the “Team of the Day” as voted by race fans during the race. They were also awarded the winner of the Super GT award and runner up of the Asia Award for being the first Super GT team to finish and a team with at least 2 or more Asian drivers respectively.

Congratulations to all the winners and the teams that finished on the podium. Until then, Super GT is next on the 7th and 8th of September at Autopolis.

Today’s 36th illustration in the 39 day countdown to Hatsune Miku’s 12th anniversary was contributed by “ZYre”!

Here’s what ZYre had to say for Hatsune Miku’s 12th anniversary:

“The poet in the mosaic table.” – ZYre 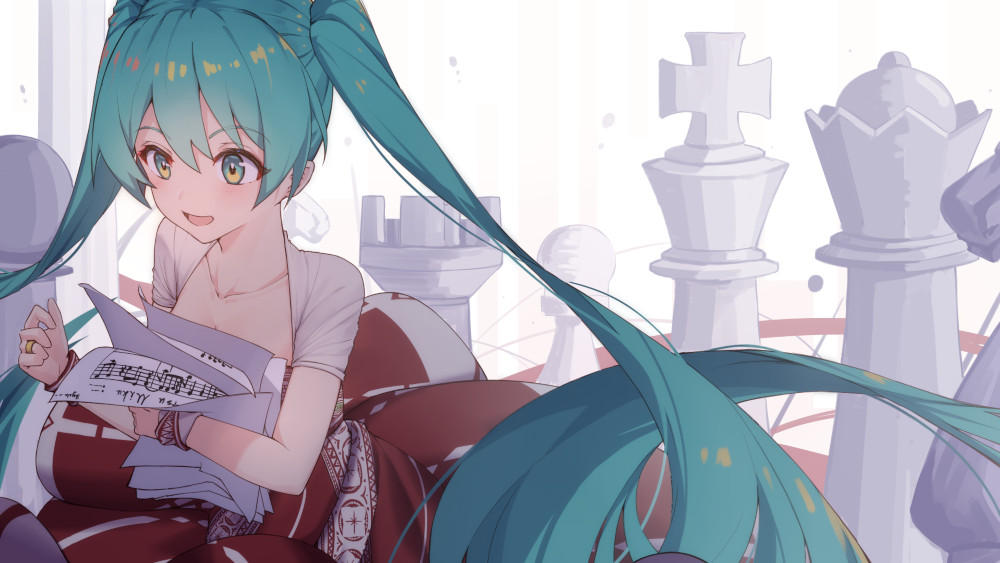 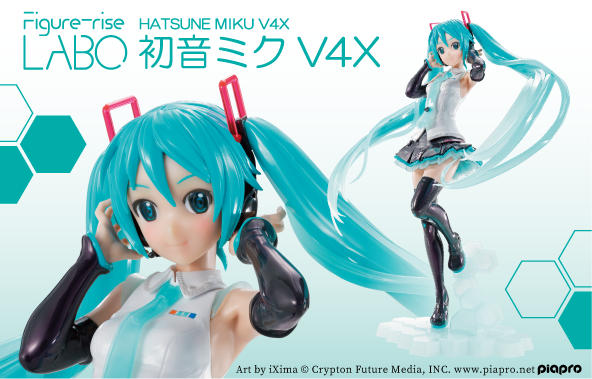 The long-awaited Figure-rise LABO Hatsune Miku V4X has finally made her debut at the most recently held C3AFA TOKYO. She’s the second figure kit in Bandai’s Figure-rise LABO series, a marriage of figure and plastic model, and is incorporated with layered injection technology to achieve different skin textures and gradation for her twintails.

In addition to the layered injection technology, her sleeves and thigh-high boots are given pearl coating treatment to express the sheer feeling of the fabric. The number of parts can be seen in the gallery below, with the dry transfer decals and marking seals to feature her iconic “01” shoulder mark, sleeve, and skirt design.

She is priced at 6,000 yen (tax excluded), with release date set for December 2019. Preorders will open soon. 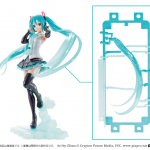 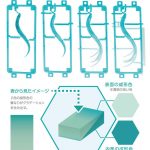 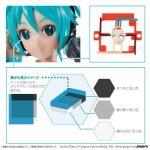 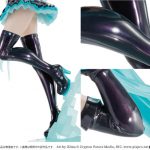 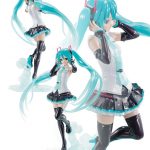 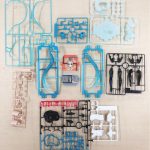 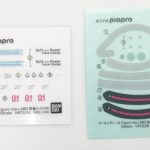 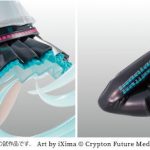 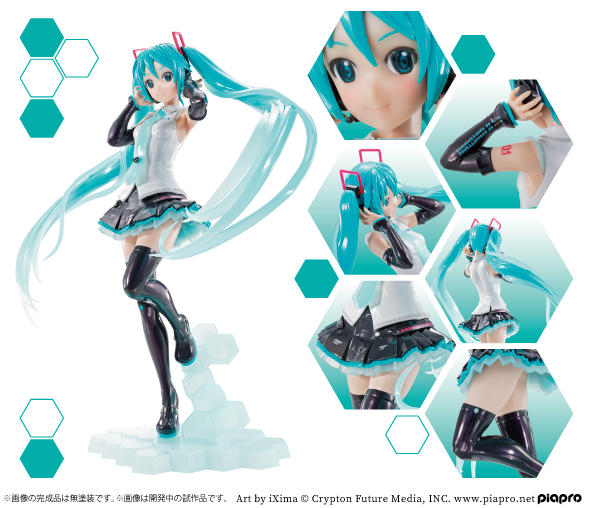 Today’s 35th illustration in the 39 day countdown to Hatsune Miku’s 12th anniversary was contributed by “Lirseven”!

Here’s what Lirseven had to say for Hatsune Miku’s 12th anniversary:

“The ruby on the golden crown.” – Lirseven 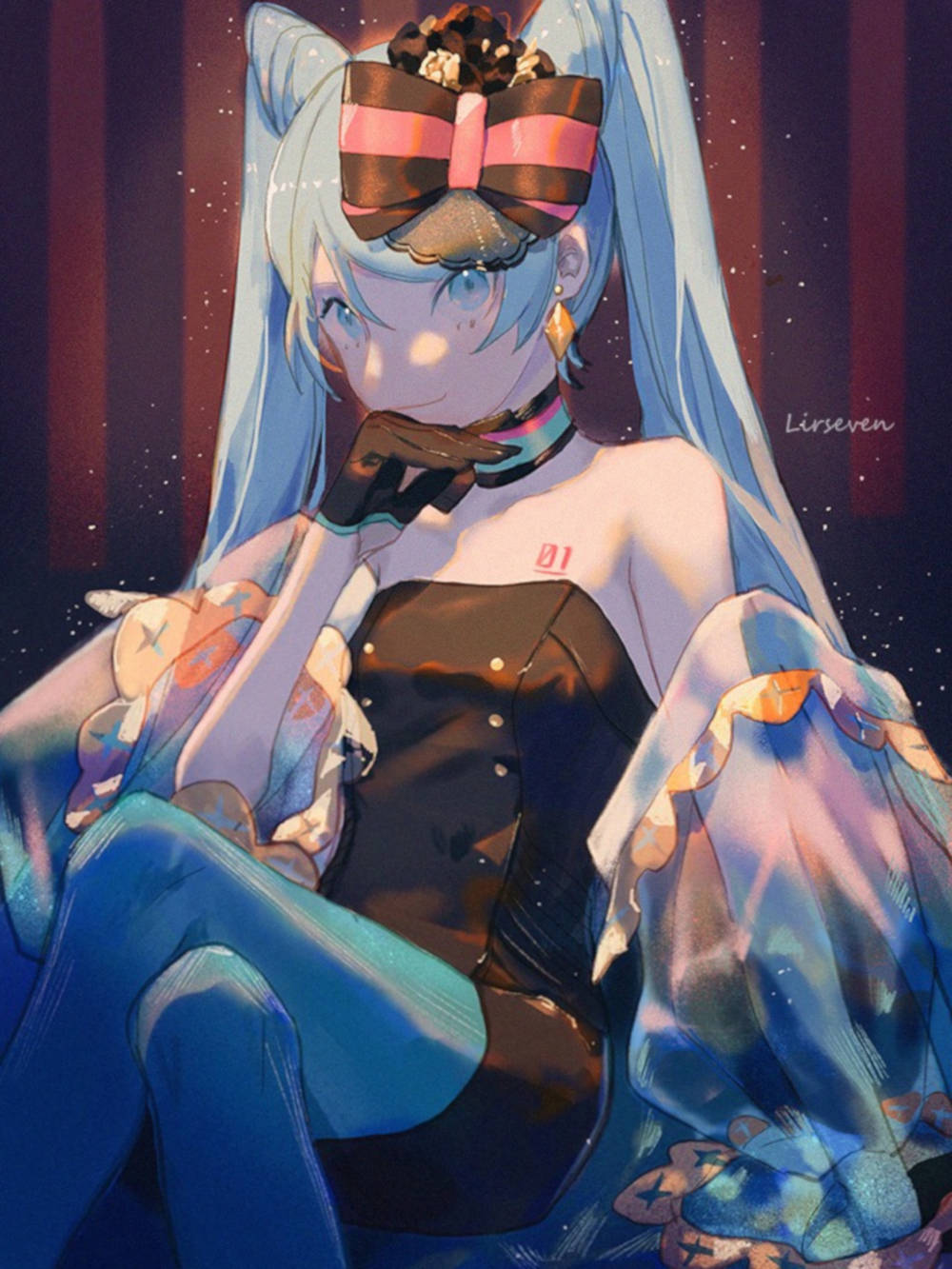