Following up on the promise they made in March, SEGA has announced that they will be demoing Hatsune Miku: Project Diva F 2nd on their showroom floor at E3 2014, from June 10th~12th. They have not confirmed if it will be the Japanese version, or a demo of the localized English version. Regardless, if you happen to be in the downtown Los Angeles area, be sure to check it out. 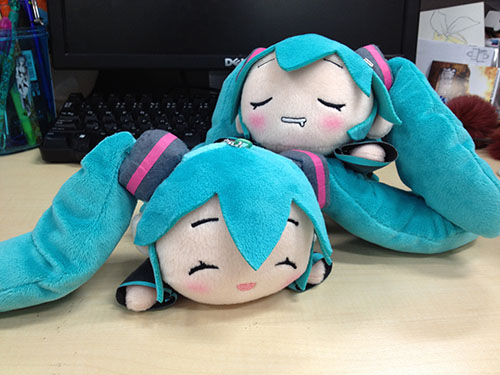 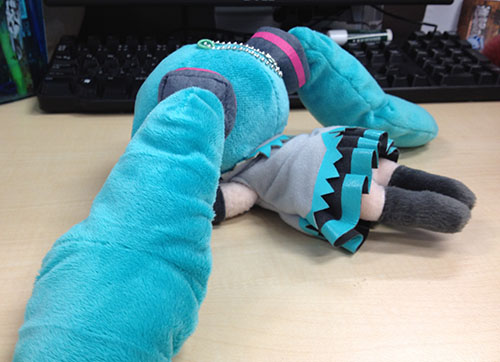 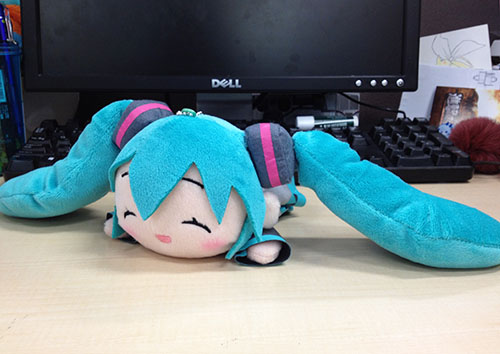 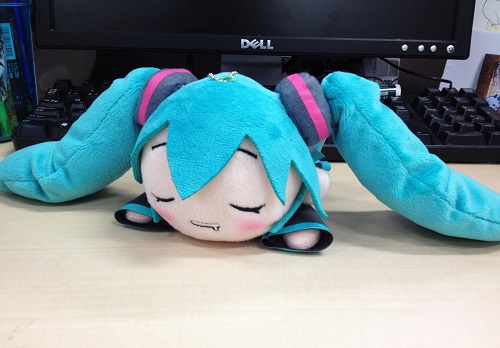 On the Japan side, SEGA has released a new Hatsune Miku prize plushie, which was created by Nesoberi and based on artwork by Puchi de Biru. There are two versions with different expressions, “happy” or “sleeping”. The size is 17cm, from head to toe.

These plushies are distributed in SEGA UFO prize catcher machines, which cost 100 yen per play. You can try winning one yourself if you run across one of these machines, or have a friend in Japan attempt to win one for you. If you don’t trust your luck, they can usually be found on Amazon Japan.