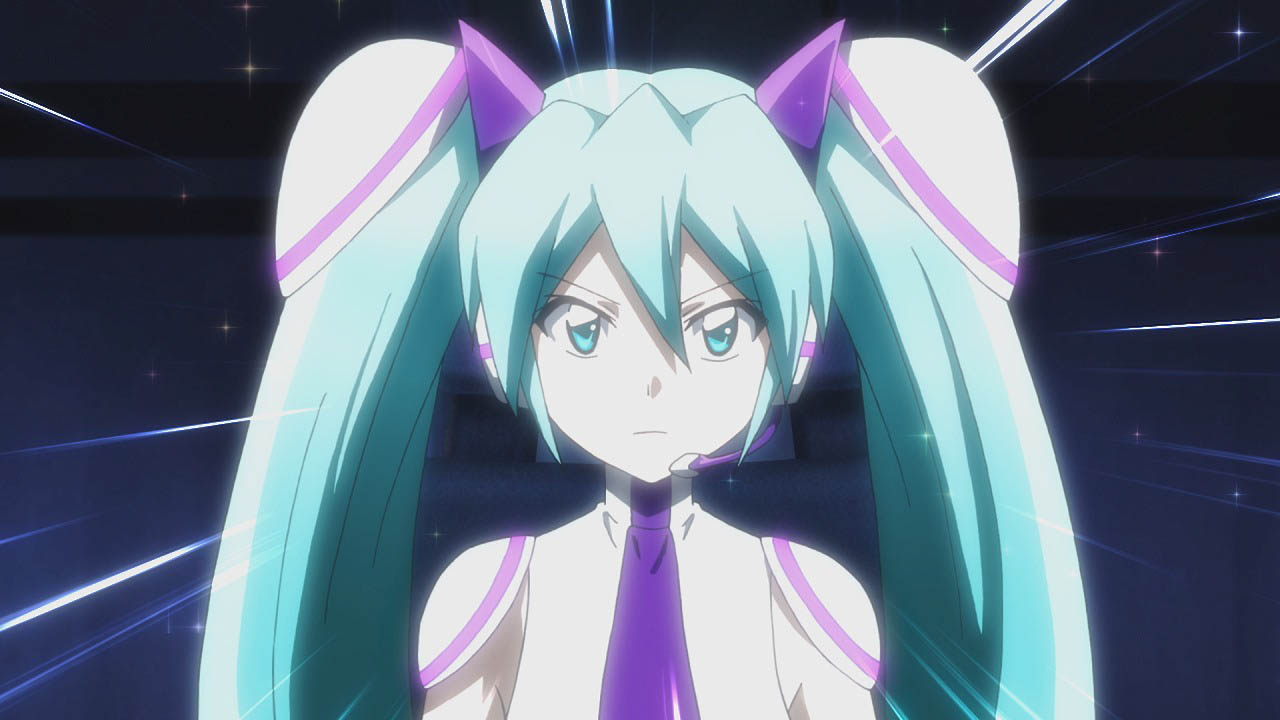 Teased back in the late December last year, Hatsune Miku finally makes her grand appearance as a pilot in the bullet train transforming robot TV anime “Shinkansen Henkei Robo Shinkalion“! The said episode, episode 15, tells a crisis where an enemy is spotted in Hokkaido whereas our main character, Hayato Hayasugi, is in Omiya and may not make it in time. Rose to the rescue in this crisis is the 11 year old pilot “Hatsune Miku” and her partner “Shinkalion H5 Hayabusa”.

“Shinkansen Henkei Robo Shinkalion” is a TV anime directed by Takahiro Ikezoe. The series is based on the line of transforming train toys, where gifted children pilot transforming bullet trains to combat monsters that resemble jet black bullet trains. In commemoration of this week’s episode, staffs has released special Hatsune Miku wallpapers now available for free download on the official site. Be sure to check it out!