Digi-Eye is a product that launched in Japan on July 15th, and has some overseas fans confused over what it really is. Is it an eye drop, or an augmented reality app for your smart phone? It’s actually both. Sort of.

Rohto is a Japanese pharmaceutical company that offers a variety of skin and eye care products. They recently collaborated with Crypton Future Media to feature Hatsune Miku as the character to help promote their latest eye care product named “Digi-Eye”. This specially formulated eye drop was created to help offer protection from “blue light”, specifically the kind of light emitted by screens from computers or mobile devices.

A chart showing the light range that Digi-Eye helps protect against. 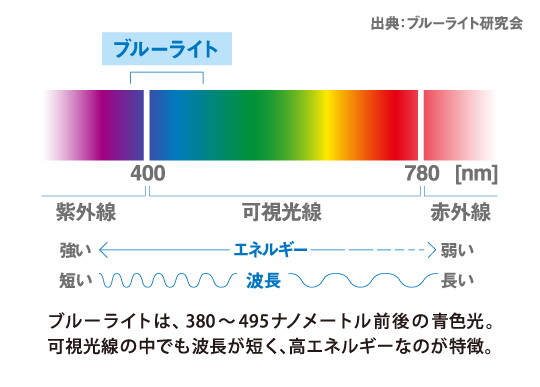 It’s a well known fact that staring at screens for extended periods of time can cause eventual fatigue and long term eye damage, so this product was created to relieve these problems. But how would Rohto go about getting such a specific product off the ground? Using a digital character like Miku to help promote a product aimed at digital device users seemed like a perfect match.

Digi-Eye’s packaging had many design ideas during development.

Rohto brought in the illustrative talent of Yunkeru to create the artwork that would be used on the Digi-Eye official website, as well as the promotional videos. 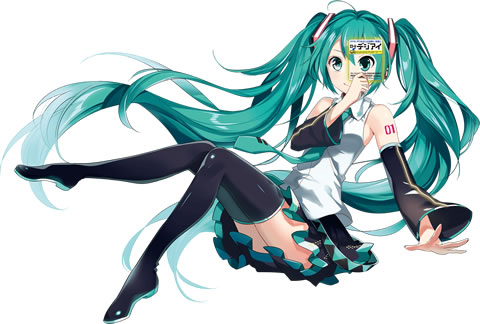 The promotional video (seen below) also teases the upcoming release of an AR application for iOS. While the app is currently available for free on the global iTunes store, the live performance functions of the application will remain locked until August 3rd. You also need the product packaging to make the application work (or perhaps a good photo of the box). The music that will be featured in the app was composed by Mitchie M, who also helped direct the development of the AR application.

The release of Digi-Eye within Japan has been largely successful, with product availability expanding to many stores. Twitter has also blown up with parodies of fans placing the image of the product box over the face of various characters (as seen above). Rohto has also announced they will have a Digi-Eye booth set up at the upcoming Magical Mirai 2014 concert event in Osaka.