A huge 1/4th scale figure of SNOW MIKU, standing an impressive 42cm in height! The coloring of the popular Hatsune Miku figure has been switched over to the Snow Miku color scheme, with her translucent skin glowing and snowflake patterns added to various areas of her outfit creating a mystical atmosphere to the figure.

Fans will be proud to keep Snow Miku’s angelic smile by their side to enjoy whenever they please – in an impressive scale that stands above the rest!

The SNOW MIKU figure is the second Hatsune Miku figure in line at 1/4 scale after the popular Hatsune Miku V3 figure who was released in November last year. She comes at a price of 27,800 Yen on Good Smile Online Shop. Preorders will be opened until March 2nd at 21:00 JST, with the release date set for June 2016. 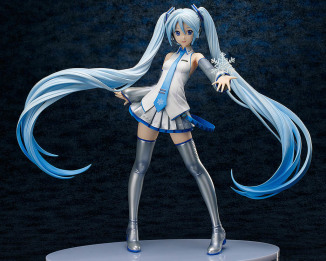 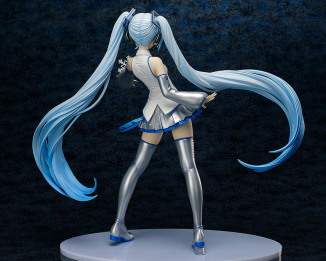 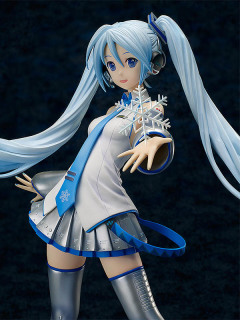 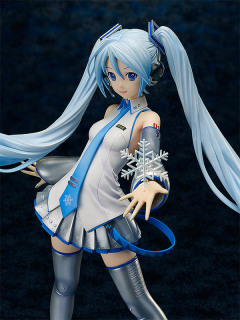