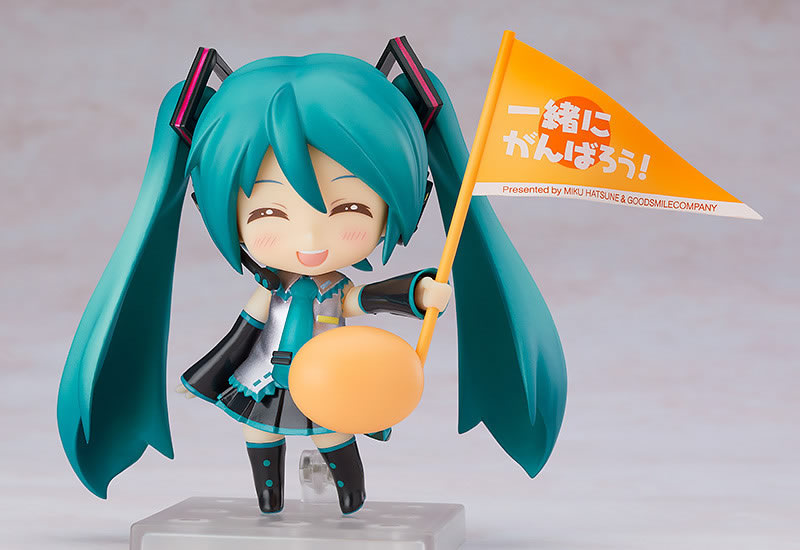 Good Smile Company has announced their Cheerful Japan 2018 charity project, which aims to raise funds to aid in Japan’s recovery after the recent earthquake, storm and flood disasters. Joining this campaign is an updated Nendoroid Hatsune Miku: Cheerful ver.! (They should have added 2.0 to the name!)

Sending the power of smiles!

We wish to express our condolences to those who have been affected by the disasters that have struck Japan since April 2018.

We want to work with our fans to bring back the cheer to Japan by bringing back the ‘Cheerful JAPAN!’ charity project, to help raise funds to aid relief efforts in affected areas. This product is released as a joint charity project with Crypton Future Media.

Using Nendoroid Hatsune Miku 2.0 as a base, she comes with a standard expression, excited expression and a cheering expression! For optional parts, a flag, pom-poms and her trusty leek are all included! Special hand and leg parts are also included to put her in her supportive, cheering pose! Together, let’s support the areas affected and cheer on all of Japan! For each figure sold, Crypton Future Media and Good Smile Company will donate ¥1000 to aid the relief efforts in Japan. 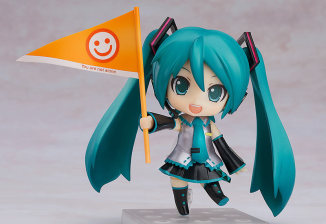 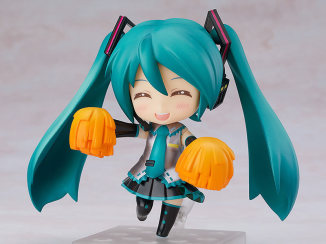 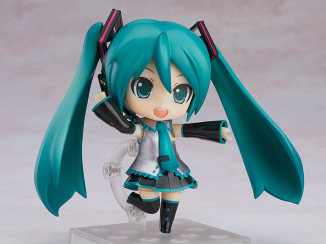 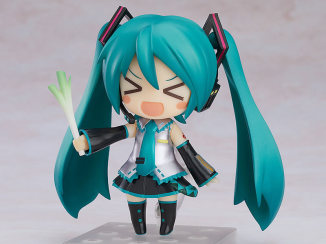