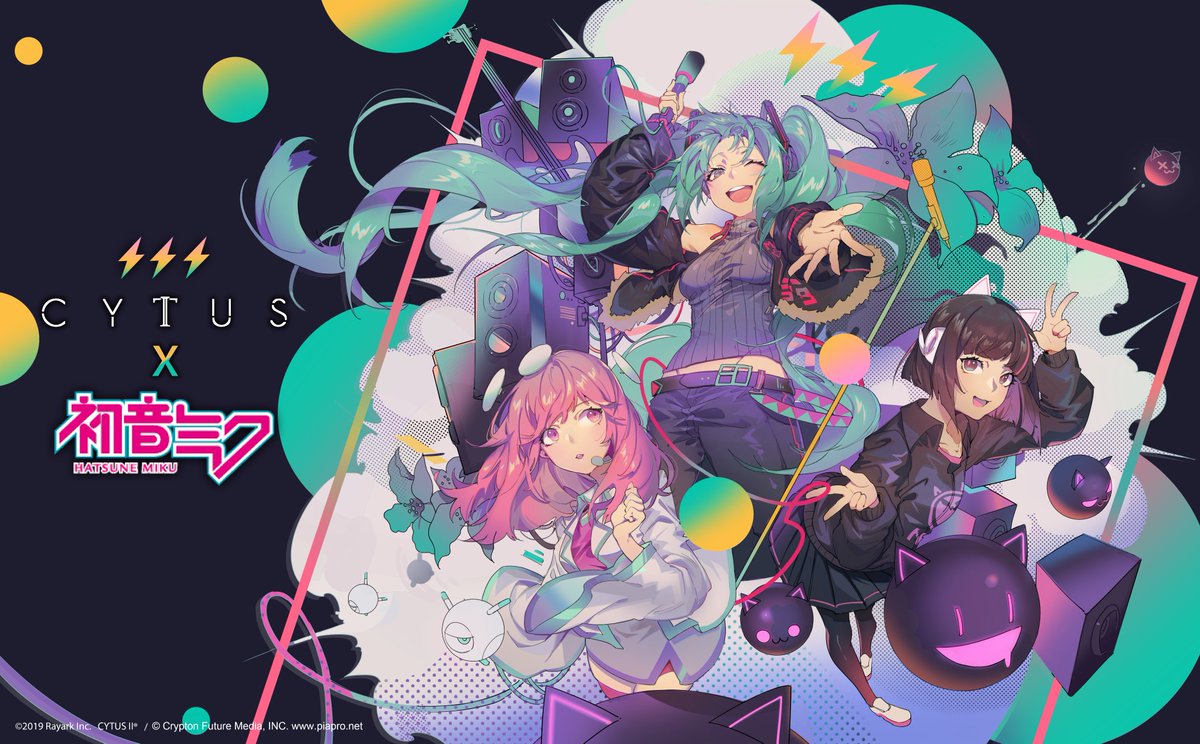 To celebrate the release of the Hatsune Miku collaboration update, the mobile rhythm game Cytus II is now available for free for a limited time! You have until June 6th, 2019 to download the game for free (usually $1.99). It’s available for download on both iOS and Android app stores.

The game update introduces to the story Hatsune Miku, who’s grown popular in Node 3, and has gained millions of fans worldwide. 14 popular Hatsune Miku songs are also included in this update!

There is a small caveat, however. While the game is free, the package including the Hatsune Miku songs is a $9 DLC. So take advantage of this update to try out the game for free, and see if you like it enough to see if the $9 is worth it!

“Cytus II” is a music rhythm game created by Rayark Games. It’s their fourth rhythm game title, following the footsteps of three global successes, “Cytus”, “DEEMO” and “VOEZ”. This sequel to “Cytus” brings back the original staff and is a product of hardwork and devotion.

In the future, humans have redefined internet development and connections. We can now easily sync the real world with the internet world, changing life as we have known for thousands of years.”