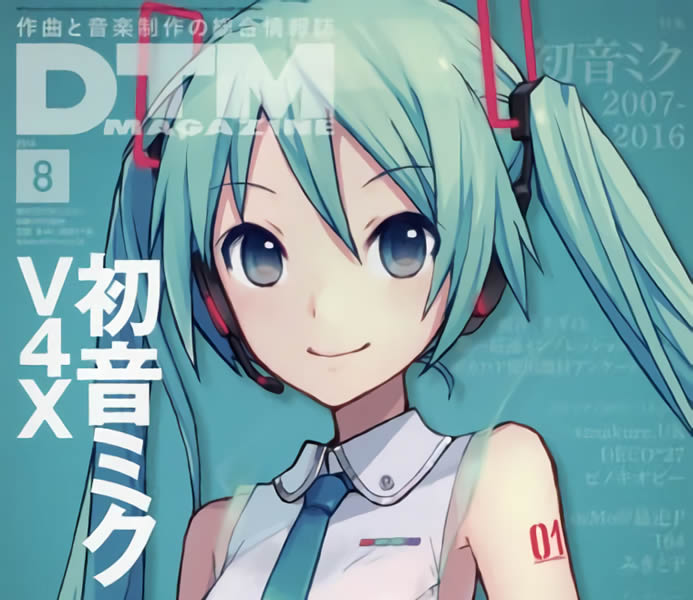 In light of Hatsune Miku V4X’s software release scheduled for August, DTM Magazine, Japan’s leading desktop music magazine publication, has featured her art on the front cover of the August edition of the magazine.

If you’d like to own a copy of this special and historic edition of DTM Magazine, it’s now up for grabs internationally on CDJapan! You can get it by clicking the banner above, or by clicking the link below.