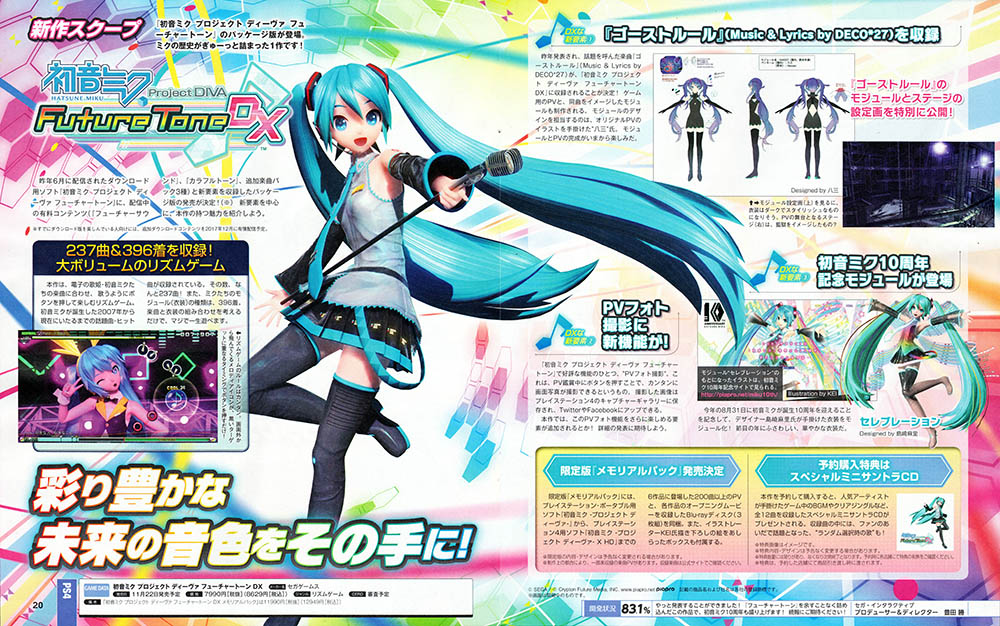 The game will include 127 songs from Future Sound, 95 songs from Colorful Tone, 12 songs from the three Encore Pack add-ons, 2 songs from Prelude, a new song “Ghost Rule” by DECO*27, and 396 modules, including the new Hatsune Miku 10th Anniversary Commemoration Module designed by Mari Shimazaki. A new feature called “Promotional Video Photographing” has been brought up, with more info due at later date.

Hatsune Miku: Project DIVA Future Tone DX will be released on November 22nd at 7,980 yen for the standard edition and 11,990 yen for the limited edition. The limited edition, the “Memorial Pack”, contains three Blu-ray discs with over 200 promotional videos and all the opening movies since the first Project Diva game on PSP.

Game development is currently at 83.1 percent complete. (a reference to Hatsune Miku’s birthday on August 31)

Via Famitsu and Gematsu