As we suspected, the TRICK or MIKU figure by Union Creative has made its way to various online stores! Preorders are now available from the following shops (may be updated as more become available):

The highly detailed figure based on an illustration by Hidari is 17cm tall and 18cm wide, posed on a base decorated with candy. Perfect for the Halloween holiday! Like we previously announced, the figure is expected to ship in late October 2017. Check out the gallery below! 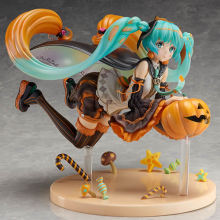 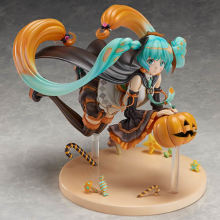 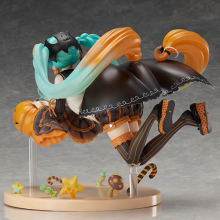 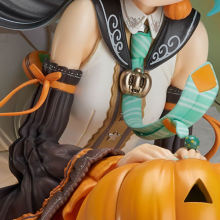 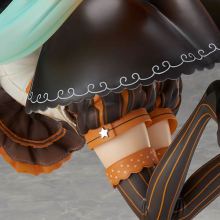 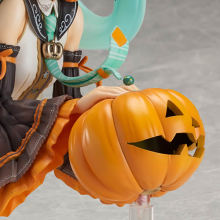 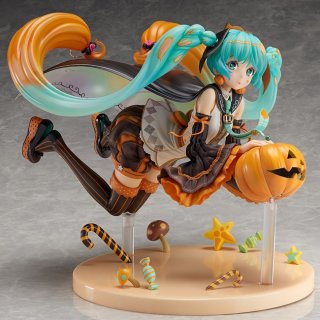 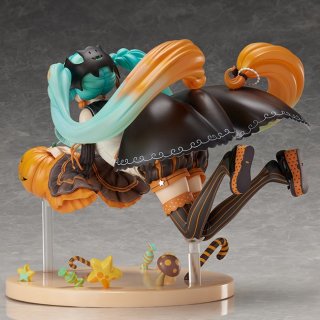 You probably saw the non-painted sculpture of the new Halloween Miku figure teased at the last WonFes, and wanted to know more… And now thanks to Union Creative’s reveal on twitter and figure display at Atre in Akihabara, now we have photos of the painted version, and a preorder starting date!

The 170mm tall figure will go up for preorder on Union Creative’s site on May 1st at 11:00 AM JST. It has a final price of 17,064 Yen, and is expected to ship in October 2017, just in time for Halloween! An acrylic keychain using Hidari’s artwork is also included as a preorder bonus, and measures H72 x W95mm in size. Preorders end on May 28th at 23:59 JST.

A small issue for overseas Miku fans wanting this figure is that Union Creative’s Japanese site (where the figure is listed) does not accept overseas preorder requests. However, Good Smile Company and other online stores are known suppliers of Union Creative figures, so we should hopefully expect this figure to pop up at other shops. Union Creative may also add it to their overseas storefront. We’ll keep you posted!