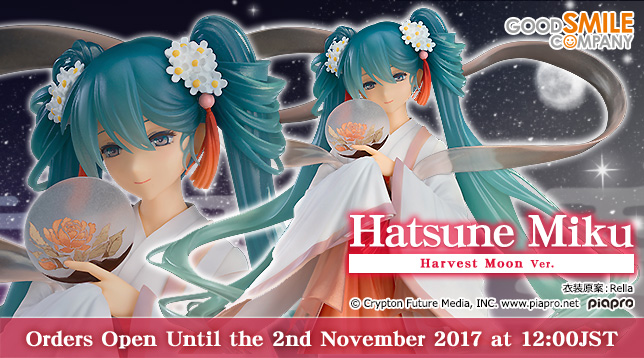 Possibly one of the most beautiful Hatsune Miku figures of all time, the Hatsune Miku: Harvest Moon ver. 1/8 scale figure is now available for preorder!

“Won’t you admire the moon with me?”

From the “Character Vocal Series 01: Hatsune Miku” comes a 1/8th scale figure of Hatsune Miku wearing dressed up in outfit based on those seen at the Mid-Autumn Festival in China.

The translucent feeling from the original illustration by Chinese illustrator Rella has been captured as faithfully as possible, with a beautiful sculpt that captures her elegance. The paintwork is also a highlight of the figure, with the gentle colors of the design blending with the translucent parts to create an stunning appearance. Enjoy a moonlit light with the gentle smile of Harvest Moon Miku by your side!

The Harvest Moon ver. figure is available from Good Smile Company’s online shop, as well as other online stores for various prices. GSC’s price is 12,800 JPY ($114 USD), with orders accepted until November 2nd at 12:00 PM JST. She’s expected to ship November 2018. Check out the shop links below!

Check out the gallery below, as well as Kahotan’s review on her blog! → http://mikatan.goodsmile.info/en/2017/10/03/hatsune-miku-harvest-moon-ver-character-vocal-series-01-hatsune-miku/ 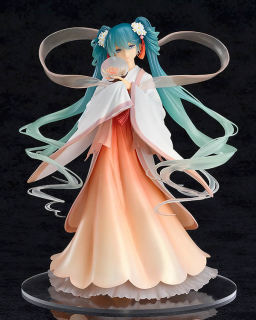 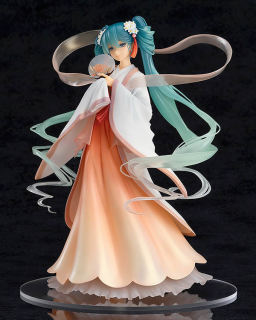 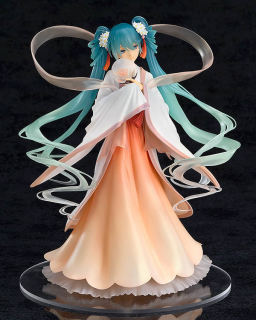 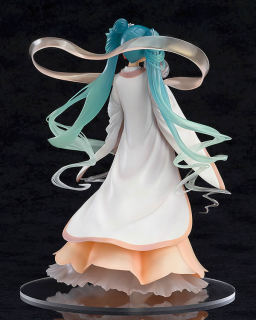 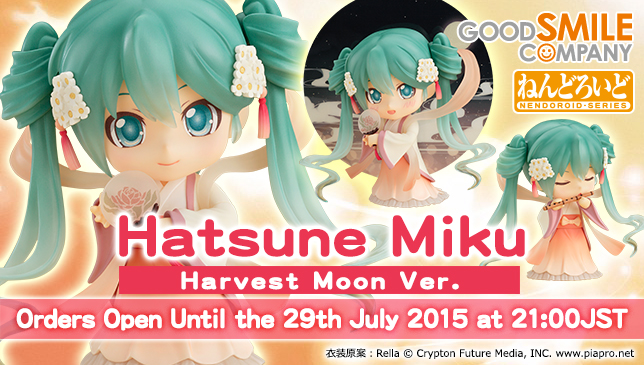 She is available exclusively from GSC’s online shop, and is priced at 4200 Yen. Preorders will close July 29th at 9:00 PM JST, or when preorder limits are reached. She is expected to ship sometime in November 2015. Shop link: http://goodsmile-global.ecq.sc/top/gscnenwd00539.html

Lastly, don’t forget to read Kahotan’s review to see all of the figures included features. This one is going to move fast, so good luck getting her! 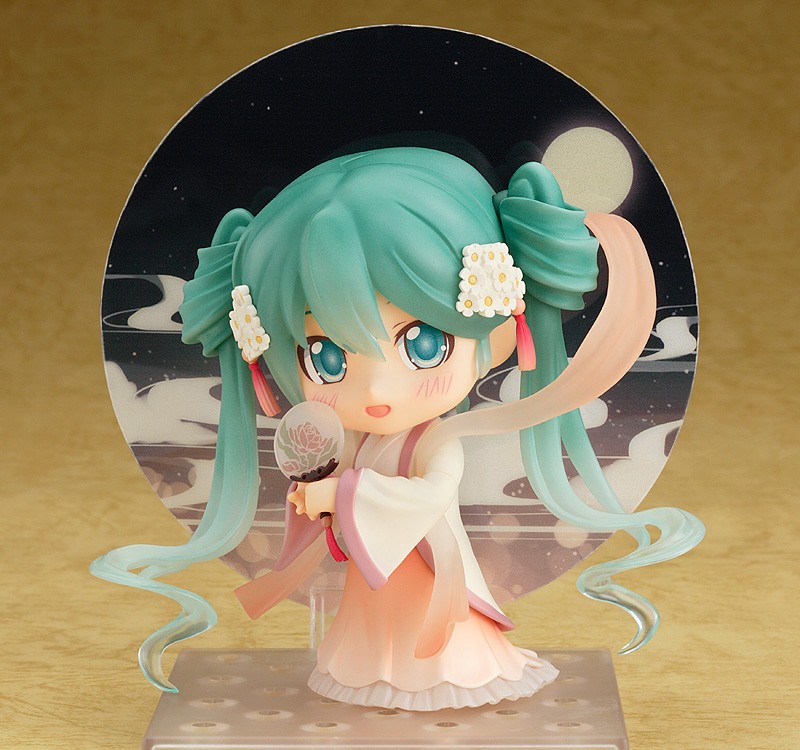 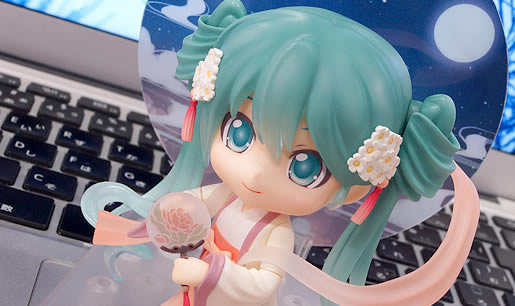 With Hatsune Miku fans desperately trying to learn when this beautiful nendoroid will actually be open to worldwide orders, Kahotan from Good Smile Company has finally spilled the beans on the figure’s details and dates.

The outfit design takes after the dresses commonly seen during the mid-autumn festival in China, and she comes with various complimentary accessories. These include 3 different expressions, a flute, a fan, a moon cake, and a special background panel that was also illustrated by Rella.

Global preorders will be available exclusively from the Good Smile Company online shop (no other stores) on July 13th (JST), and is also planned to be available at later special events.

Enjoy the small gallery below, but catch the full set of images and review from Kahotan’s blog! 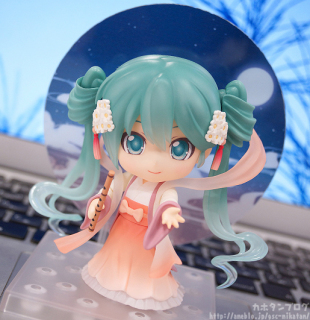 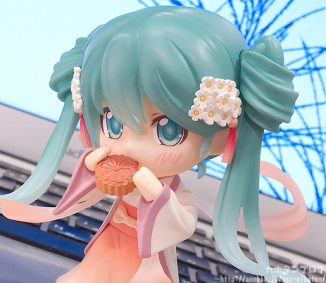 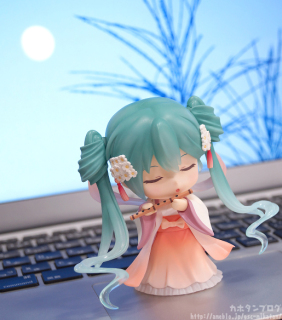