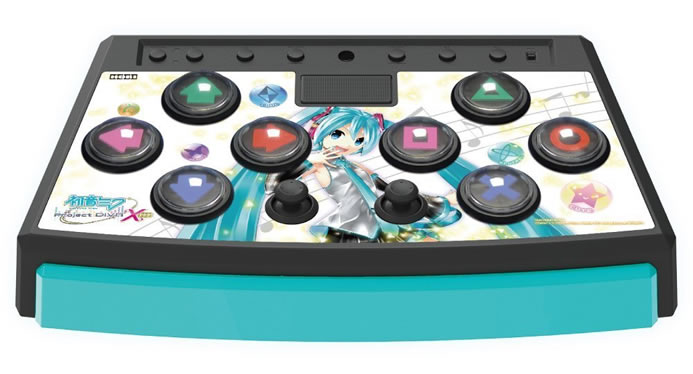 If you were hoping for another special Hatsune Miku controller to accompany the release of Hatsune Miku: Project Diva X on the PlayStation 4, Hori will be releasing one at the same time as the Japanese game launch on August 25th!

To match the PS4 controls, this “mini” controller comes equipped with both a touch pad as well as analog sticks (previous PS3 edition controllers had only one or the other). The controller is designed specifically for those who want to enjoy the Diva series with more of an “arcade” feel. It is also speculated that this controller should work with the upcoming release of Project Diva Future Tone on PS4.

The controller retails for 12,980 Yen (tax excluded), and is available for preorder on Amazon Japan with global shipping! Grab it from here → http://www.amazon.co.jp/dp/B01GH447TW