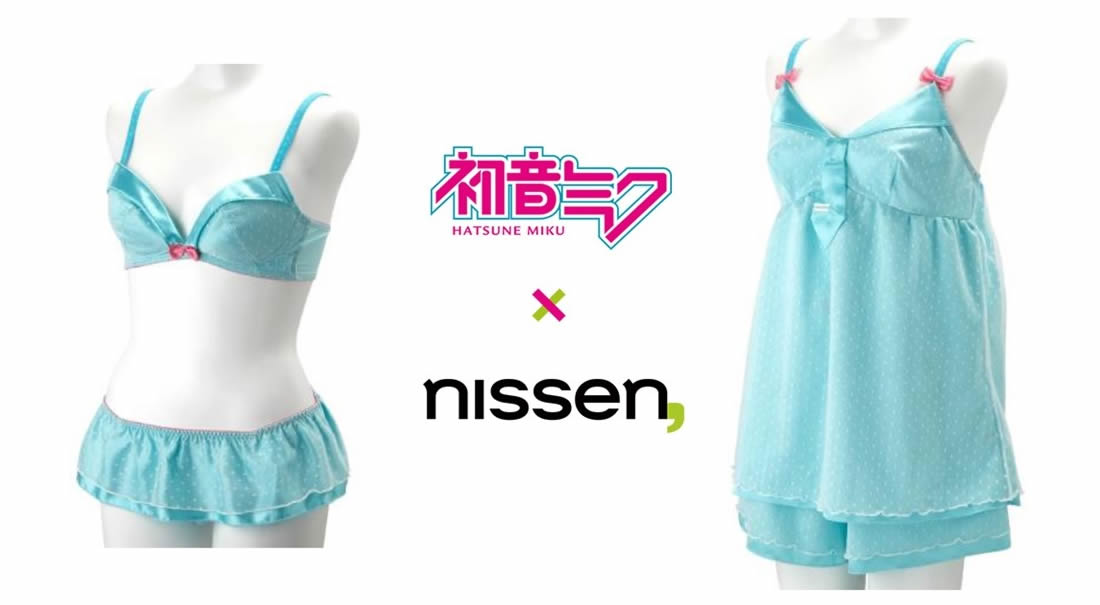 You have to admit, Hatsune Miku’s character is quite flexible and fashionable. It looks like mail-order fashion clothes maker Nissen also thinks so, and has announced their own set of Hatsune Miku inspired lingerie for release this Spring!

A non-wire brassiere and shorts set will be available for a limited release in Spring 2019 for 5900 Yen ($55) per set. Further information is scheduled to be announced later on the Nissen official Twitter or Instagram pages, as well as the official Hatsune Miku Twitter!