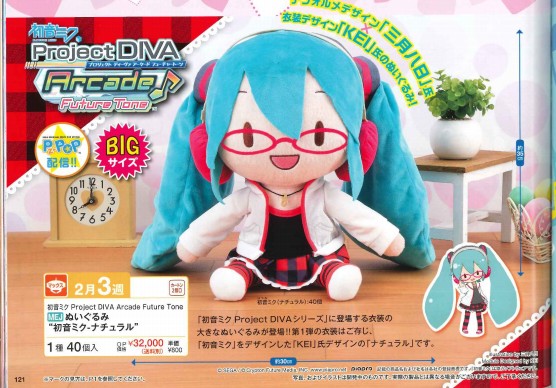 An early leak from sellers on Taobao have revealed that SEGA will be releasing a Hatsune Miku prize plushie on February 3rd, 2017. It’s a giant-sized plushie measuring 35cm tall, and styled after the popular “Natural” module outfit, illustrated by KEI for the Project Diva game series.

You can find the plushie already available for preorder from some online vendors, with releases scheduled sometime in February 2017. But if you happen to be in Japan after February 3rd (such as for the Snow Miku festival), try your hand at winning one at a local arcade!