Are you a Hatsune Miku fan heading to Anime Expo 2016? While there isn’t much industry-wise going on this year for Vocaloid-related content, there’s still going to be some items of interest. Among these is the Hatsune Miku album “Zoushoku Gimi X≒MULTIPLIES” by HMO.

This album originally debuted in December 2012, and the limited edition package included a petite nendoroid of Hatsune Miku in an outfit matching the album theme. These limited copies sold out long ago, but will be making a comeback at Anime Expo via the Kawaii Kakkoii Sugoi booth!

The album will run $45 USD, and will have a limited stock. Get there if you can! Anime Expo takes place at the downtown Los Angeles convention center from July 1st~4th. Check exhibitor updates later via Anime Expo’s site for KKS’s booth number. Online sales at a later date are being considered.

The MikuFan.com staff will also be attending Anime Expo this year, but not as press. You will find us working at the booth owned by a certain figure-making company with an orange smiley-face logo. Feel free to say hello! 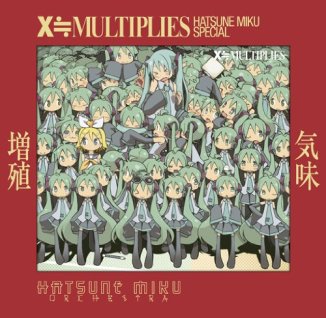 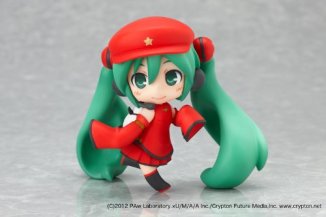