With Christmas around the corner, it’s time to make sure you’ve gift shopped for friends and family, or maybe even as a little treat for yourself. If Hatsune Miku music seems like the perfect gift, then the sale being offered by Kawaii Kakkoii Sugoi is perfect for the occasion. Until December 31st, they’re offering the very limited albums Zoshokugimi X = MULTIPLIES and Project Mirai Complete for 20% off the normal retail, both of which include their own unique Hatsune Miku nendoroid petite.

These albums are hard to find anywhere else now, and for the price. Sounds like the perfect gift item? Check them out over at KKS’s shop → http://kawaiikakkoiisugoi.bigcartel.com/ 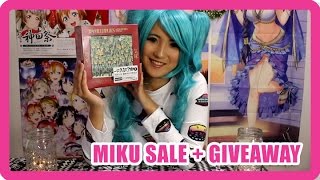 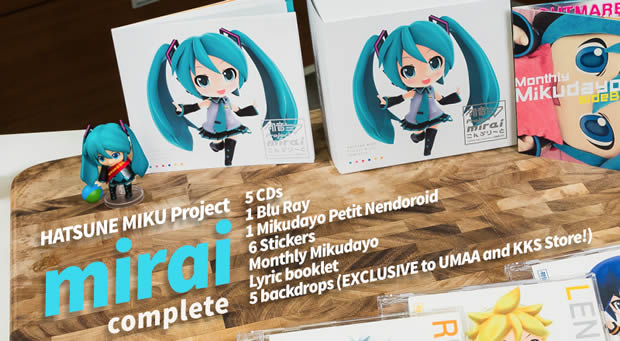 The Western launch of Hatsune Miku: Project Mirai DX has passed (seriously, get it for the 3DS, it’s a great game!), and Vocaloid fans now have a taste of what the game has to offer in terms of its vast music content. So it’s possible that some had been on the fence about getting the Project Mirai Complete boxset, but only to find it’s now sold out on sites everywhere…

Thankfully, Kawaii Kakkoii Sugoi has partnered with U/M/A/A to make the boxset available once again in the U.S., with shipping to other countries also available! This specific version includes an exclusive bonus of 5 backdrops for the Mikudayo petit nendoroid (or any other figure you may have laying around!), originally found only in U/M/A/A’s Japan-only release.

What’s included in the box? So much, we can’t even list it all without stretching this article to a rediculous length, so check the spoiler!

KKS also uploaded an image gallery, along with an infomercial detailing this release. This is the last chance at nabbing this box set, so don’t miss out on this perfect complimentary addition to your copy of Hatsune Miku: Project Mirai on the Nintendo 3DS! 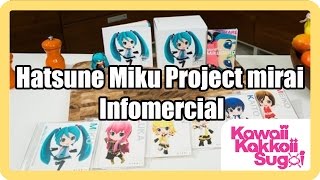