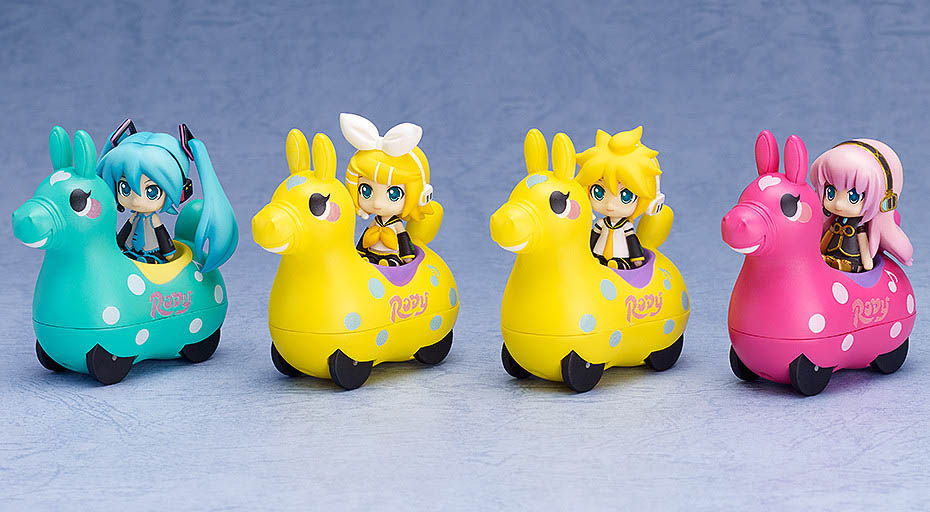 Nendoroid Plus: Hatsune Miku​ x CuteRody Pullback Cars is now available for preorder! Each Nendoroids come with pullback cars in form of the Rody horse, and stand at 35mm in height.

The famous toy horse created in Italy ‘Rody’ as well as the Nendoroid Plus series of Vocaloid characters are being released together as a collaboration project!

Hatsune Miku, Kagamine Rin, Kagamine Len and Megurine Luka are all available and each come with a CuteRody that matches up with their image color. The CuteRody horses are also made as pullback cars allowing you to give the Vocaloid characters an adorable ride as well!

The Nendoroids are sold separately: Hatsune Miku (Mint), Kagamine Rin (Lemon), Kagamine Len (Lemon), and Megurine Luka (Peach).  Upon release after pulling the cars backward, the cars can be propelled forward with the figures on the ride (hence the name pullback cars).

Preorders will close on December 9th at 21:00 JST, with release date announced for May 2016. 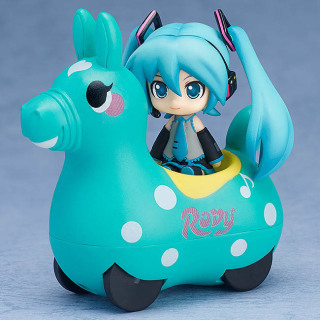 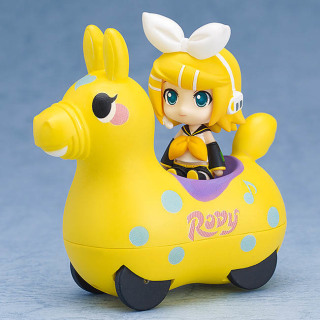 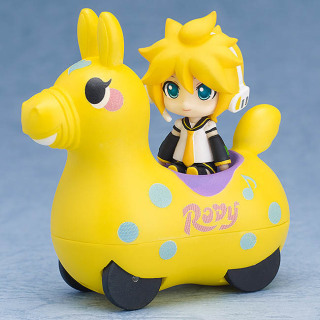 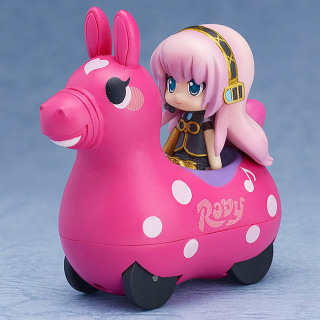