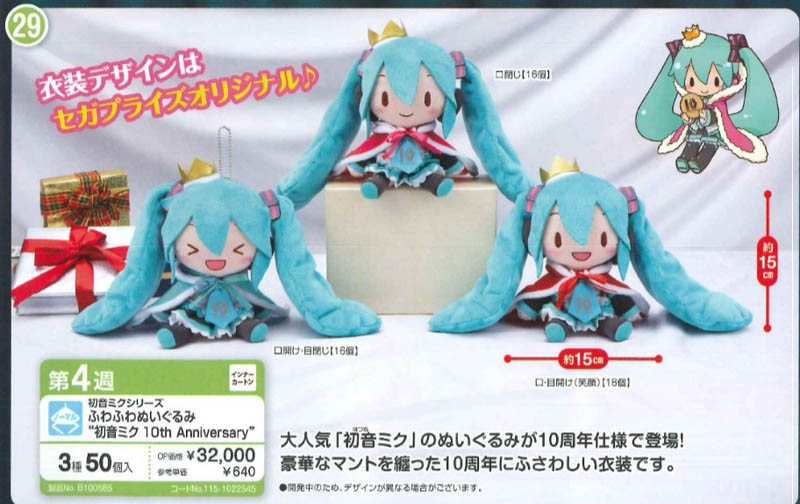 An early news leak from sellers on Ruten has revealed that SEGA will be releasing special Hatsune Miku prize plushies, styled by the illustrator Sanpachi, for her upcoming 10th anniversary. The plushies stand at 15cm tall, and come in three variations. The release date is set in the fourth week of August, just in time for her 10th anniversary.

If you happen to be in Japan in August, try your hand at winning them at the local arcades!