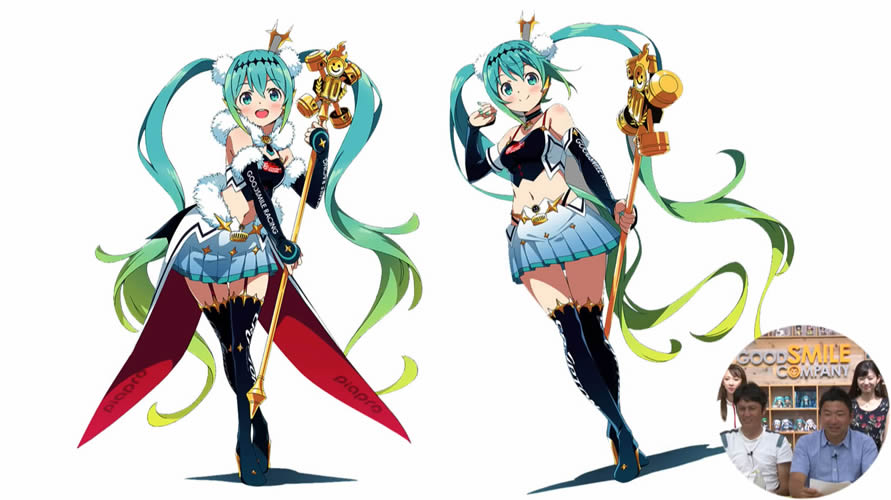 In the recent race discussion live stream by Goodsmile Racing, a new kind of Racing Miku has emerged – the Racing Miku Summer ver. by Kanzaki Hiro! Based on the original Racing Miku 2018 design (left), the Summer version (right) can be seen in a very much alike outfit but without her usual coat and fuzzes to combat the heat of summer.

Furthermore, the new visual has been confirmed for a figure by Max Factory. More details on the figure are bound to follow at later dates. Below is the aforementioned live steam, where the reveal can be seen at around 39 minutes mark or so. Stay tuned!