A collaboration between Snow Miku and Japan’s Traffic Safety Movement has been announced! Snow Miku, the version of Hatsune Miku that supports Hokkaido, is now helping encourage traffic rules compliance and eradication of drunk driving in Hokkaido!

Artwork for the collaboration comes from @dera_fury, an artist from Hokkaido who also created the design for Snow Miku 2014! Snow Miku is seen in a police officer outfit, and is serving the role of “Traffic Safety Special Public Relations Officer”! 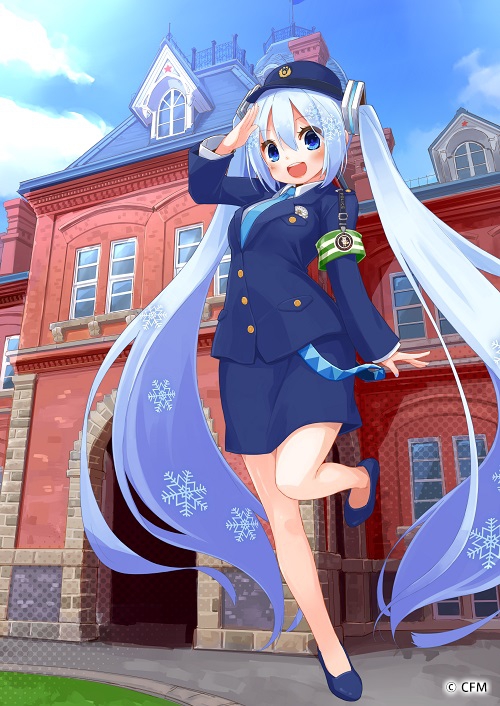 Watch the newly-released collaboration video below!