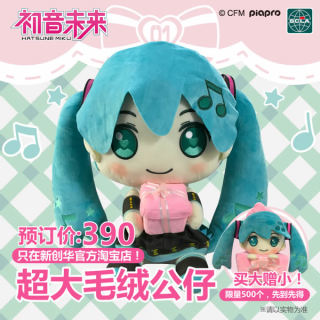 Following the announcement of Hatsune Miku’s Chinese voicebank development, the first Chinese demo song has been played at a panel at Miku Expo in Shanghai, China. Our partner site VNN was able to capture a sample of the demo. Check it out below!

It’s been a confusing 24 hours, but after some back and forth communication with official sources, we can finally confirm that the heavily spread “China Miku Project” is indeed a real thing!

An official poster board and fliers distributed at the currently on-going Miku Expo event in Shanghai advertise the website poppro.cn, which teases a Hatsune Miku V4 Chinese voicebank development (original image seen above). The website has since updated asking users to please wait for additional updates.