Special news for Project Diva fans! The Western release of Hatsune Miku: Project Diva Future Tone for the PS4 will also be receiving a DLC pack to celebrate Hatsune Miku’s 10th anniversary. Similar to the DLC pack announced for Japan, Deco*27’s “Ghost Rule” and the associated module will be included. Details regarding any other content, as well as the release date, is still TBA. 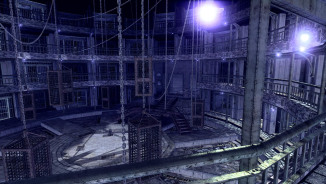 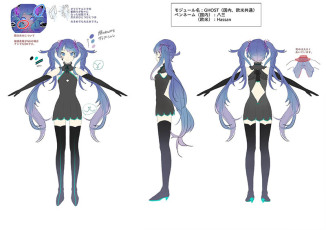 Well, that didn’t take long! Just a couple days after SEGA’s announcement of the Japanese version of Hatsune Miku: Project Diva X HD (PS4) being pushed forward in launch to August 25th, SEGA of America has announced the North American versions will also be pushed forward with a new launch date of August 30th, 2016!

The PlayStation 4 and PlayStation Vita versions for the West will launch at the same time, and also with the same name of “Hatsune Miku: Project Diva X” for both versions (dropping the “HD” moniker from the Japanese PS4 version). And just like the Japanese version, the Western release will be issued a free update to support PlayStation VR in Live Edit Mode after it has launched.

The game will retail for $39.99 (CA $54.99) for the PS Vita version, and $49.99 (CA $64.99) for the PlayStation 4 version. They’re now available for preorder from various game retailers! SEGA is also bundling a preorder bonus of a free fabric pouch decorated with the 5 aura symbols from the game!

A new trailer featuring footage from the PlayStation 4 version is now available, showing off even more game details than the previous Japanese trailer. Check it out below! There is no information on a European release at this time.