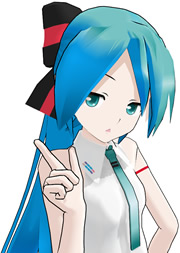 I should start off by saying that this entire story will be a rant on the release and sales of Project Diva f, and what I expect in the future. These will be based on solid numbers and facts. I will also have theories based on what I have observed in the past between Sony and SEGA.

Cutting to the chase, we’ve already had the last week’s numbers come in for Project Diva f sales, and it SEEMED positive. But SEGA is still worried, and now there’s the possibility that there wont even be a sequel. Why?

The first major problem comes down to the Vita itself. There are around 2.5 million Vita owners around the world, and roughly half of them are in Japan. Compare this to the PSP, which has sold over 84 million units, and you have a much smaller audience to market your game. For a game developer, hoping that just 10% of console owners will buy your game is optimistic at best. This means that PjD f would be extremely lucky to break 250,000 units.

I can already hear your thoughts. “But the game sold 160,000 copies in its first week! It’s doing really well!”. While this is true, it’s actually the biggest concern of all. With any major or overly hyped game release, around 80% of a game’s total sales will happen within its first week on the market. With this in mind, I can foresee PjD f reaching a total of 200,000 units in sales. This is far below the previous titles average of 333,000 units per game (the Project Diva franchise had broken 1 million total sales across the previous three games).

Another problem is PjD f’s higher development costs. It cost far more to make than the previous project diva games, and it’s not likely to sell anywhere near as many copies due to the limited number of Vita owners. This means a lower return on investment, and less money to work on a sequel. And I’m sorry to say, but opening up international sales would be completely out of the question. The low global unit count is the exact reason why it wont happen. Not in physical format anyway. The cost of packaging, shipping, and marketing for the game would be too high for the limited sales to make up for it. I could see how this may have been possible for Project Diva Extend. But not for PjD f.

But… Why? Why would SEGA develop such an expensive game for a console that’s selling so badly, and has so few owners? Surely as an experienced game development company, they would be smart enough to avoid that market and continue developing for the PSP until Sony can fix the Vita’s sale issues. But they didn’t. And I think I may know why.

THE FOLLOWING IS COMPLETELY MY OWN THEORY BASED ON PAST OBSERVATIONS

It is my belief that SEGA knew that the Vita was an unstable platform, and they wished to continue development on the PSP. But Sony stepped in and told them flat out “NO”. Sony wanted SEGA to develop the game for the Vita instead to help market the device. After all, at least in Japan, Miku’s name seems to help with the sales of ANY kind of merchandise, such as MP3 players. They had even worked out a marketing deal to debut a new white version of the PS Vita in a limited edition package. While this plan worked somewhat, it still backfired due to the Vita’s high pricing, and the high price of essential accessories, such as memory cards.

This would not be the first time that SEGA was forced by the hand of Sony. Back in the days after the death of the Dreamcast, SEGA had moved to being a software-only company. They had started work on a new title that we know as Sonic Heroes. The game was originally meant to be for the GameCube and Xbox. But Sony stepped in and forced SEGA to release the game on the PS2 as well, or they’d risk never developing for a Sony console again. The PS2 was the biggest console on the market, so this would have been a death sentence for SEGA. They had no choice but to listen to Sony and recode the game to work on the PS2 as well, which resulted in a lower quality product [SOURCE]. With this mindset, I am sure that SEGA knew the fanbase wanted another game, and wanted to develop it for the PSP. But Sony didn’t allow it.

In the end, it was just too soon for SEGA to make the jump to Vita with PjD f, and Sony is mostly to blame for their inability to sell enough consoles. Their high console price and high price of accessories is what’s preventing many people from being able to buy the game at all. Perhaps in the future when they fix this problem, sales on PjD f will pick up again. Until then, we can only pray for the future of the Project Diva franchise.