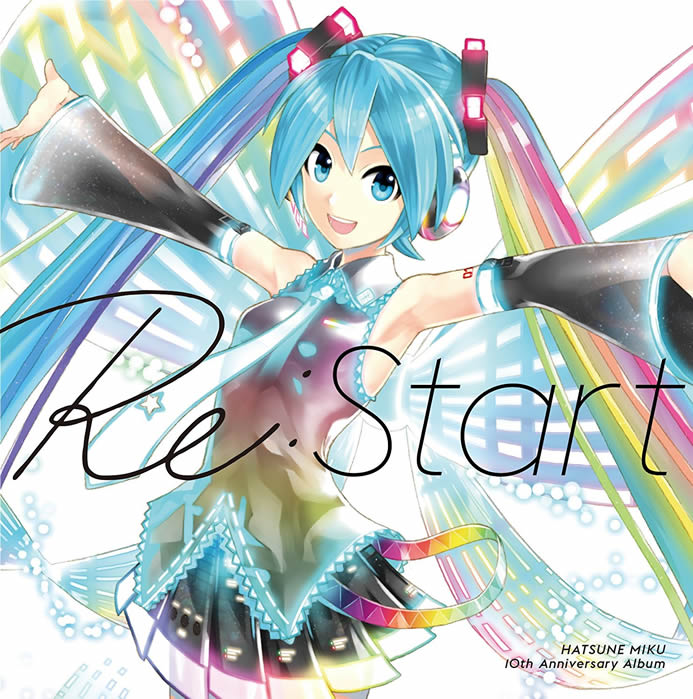 A special Hatsune Miku 10th anniversary celebration album was announced today, titled “Re:Start”. Planned for an August 30th release (just 1 day before Hatsune Miku’s anniversary!), the album will feature songs spanning two disks, and will be available in regular and limited editions. The total number of songs is yet to be announced, but 11 participating producers have been confirmed so far. Here’s what’s been announced:

Get the album from the following sites!