Along with the announcement of the Snow Miku 2022 & Rabbit Yukine design finalists, Good Smile Company decided to announce and tease several new Hatsune Miku figures, and give updates on others. Check them out below! If you’d like to watch the live stream event, there’s a recording available on YouTube. 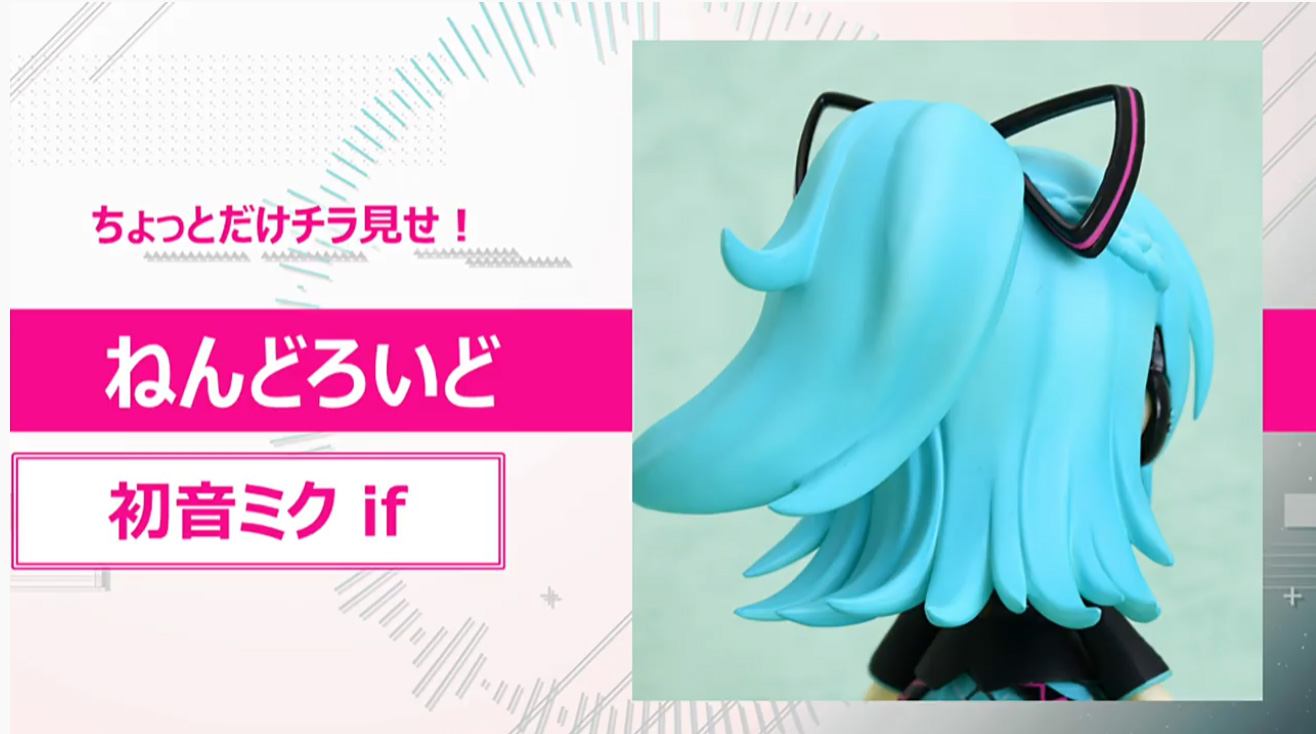 Based on Hatsune Miku’s earlier concept art/prototype design by KEI, before her finalized 2007 software box design. Despite this, the outfit was popularly drawn and admired by fans. This Nendoroid is still in development, and further details such as price and release date are TBA. 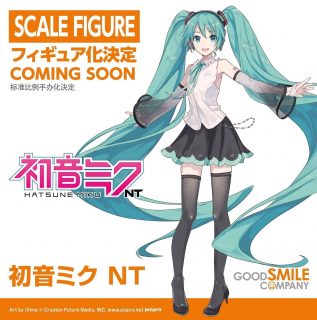 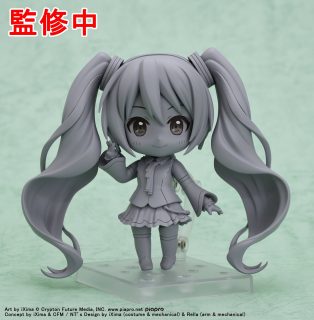 Hatsune Miku NT, the latest version release of Hatsune Miku’s software, is having her design transformed into a scale figure and Nendoroid! There’s no further details on the scale figure, such as a prototype or scale size. The figure will be produced by Good Smile Company. The Nendoroid had its unpainted prototype teased, but details about a price and release date for both figures are still TBA. 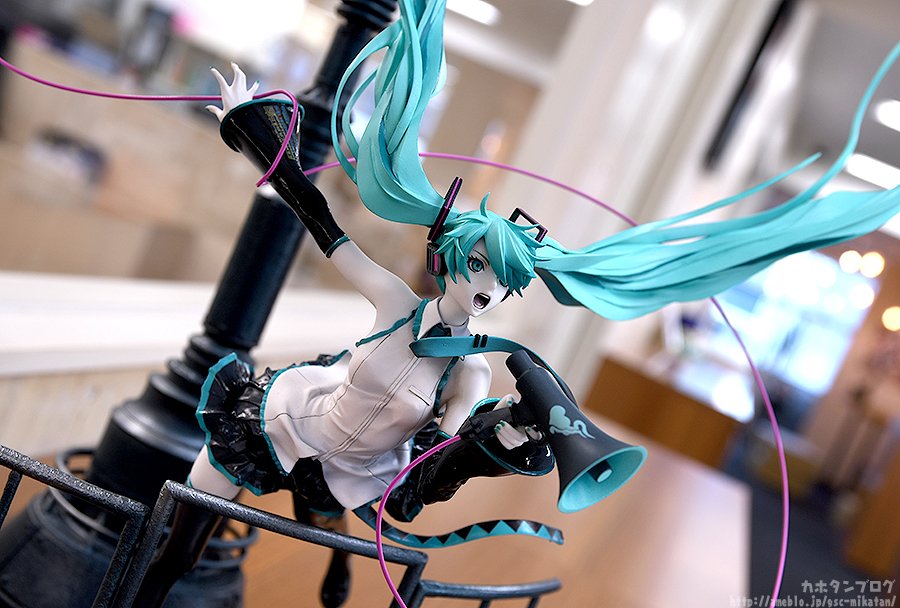 The classic Hatsune Miku: Love is War ver. scale figure is being refined in a new release! The colors and sculpting have been reworked to more faithfully match the original artwork by Miwa Shirou. The scale figure is scheduled to become available for preorder from Good Smile Company’s online shop on April 30th at 12:00 PM JST. 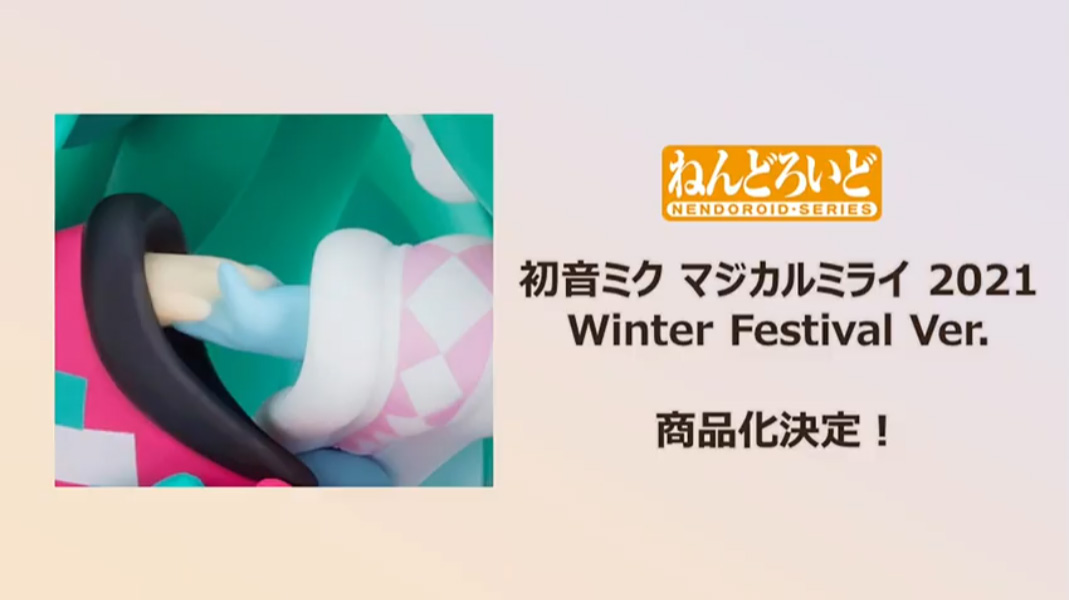 A Nendoroid based on the winter theme Hatsune Miku Magical Mirai 2021 is being created! So far there’s only a glimpse of her sleeve in this picture, holding hands with the Summer Matsuri ver. Nendoroid. Additional details such as release date and pricing are still pending. 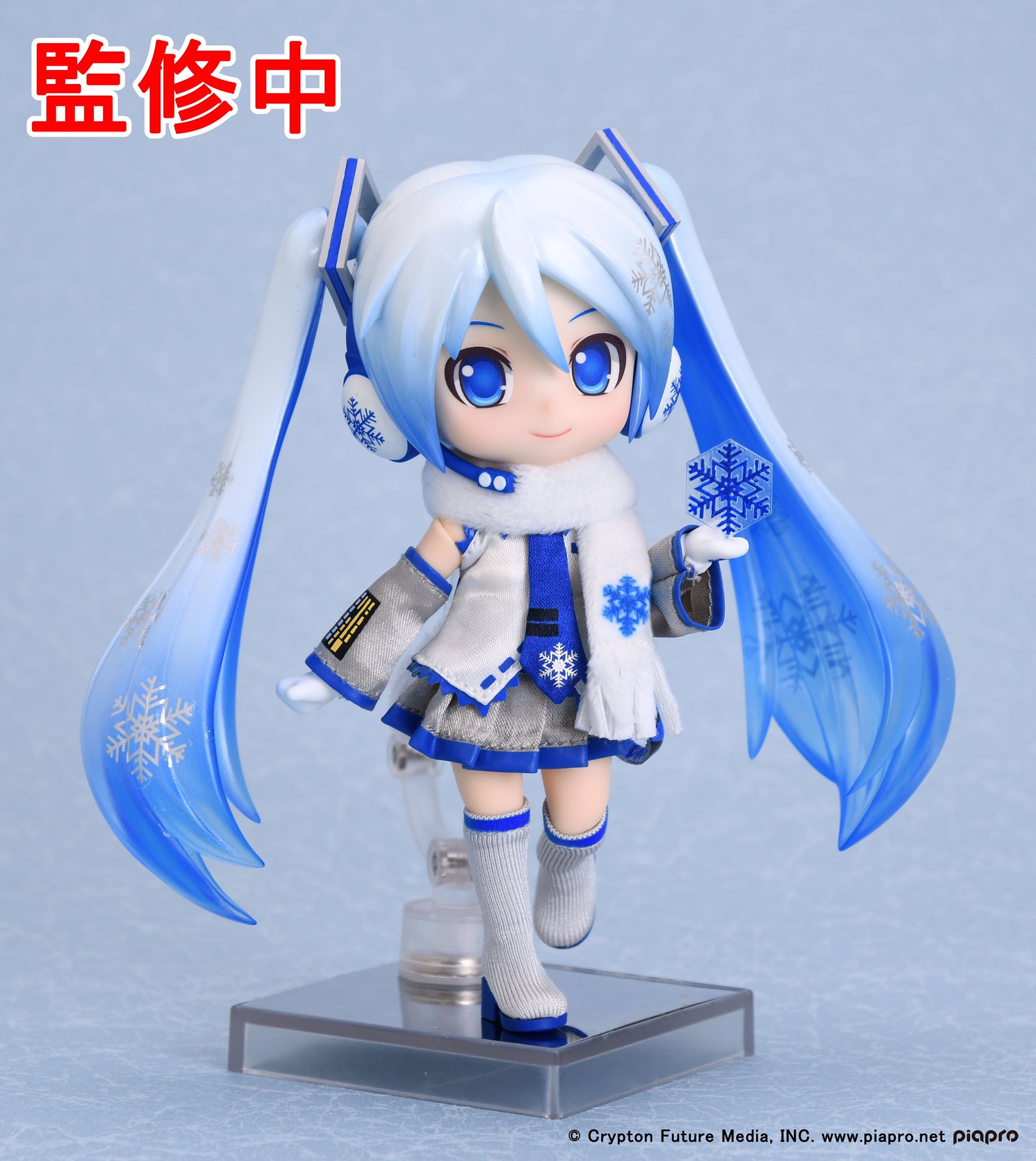 Good Smile Company’s Nendoroid Doll series continues to grow with the announcement of Nendoroid Doll Snow Miku! The above image of the (near?) final design was revealed, so we can expect info regarding preorders fairly soon. Stay tuned!