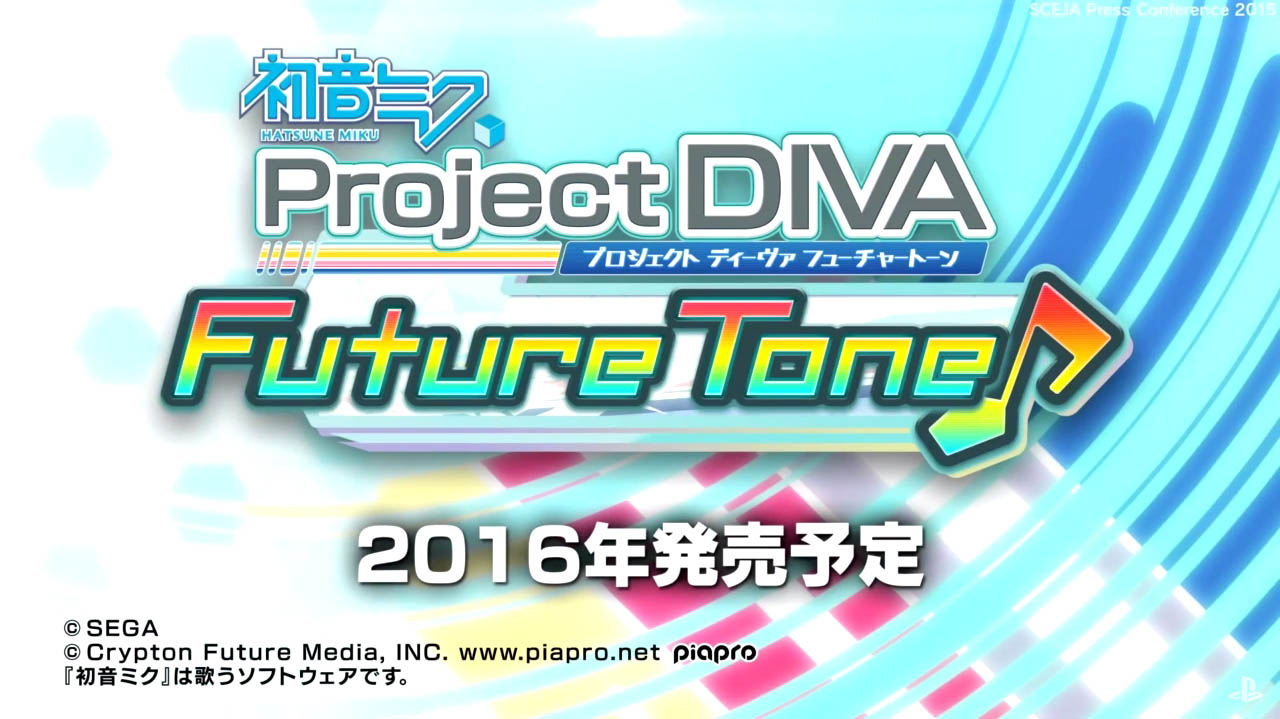 Hatsune Miku: Project DIVA Future Tone has been announced by SEGA and Sony today via the SCEJA stream. The news has been teased many times as SEGA has been showing interest in making a similar game to Project DIVA Arcade for home consoles since last year, as well as the poll held in April this year.

The teaser trailer was showcased at the event, and showed many familiar features from the arcade version such as the hold bonus and multiple buttons hold bonus. The game is set to release for sometime in 2016. Below are screenshots we’ve gathered from the stream, and reveal a brief moment of the gameplay.