The game features some rhythm/motion mechanics, which is required to fill a voltage meter to get the crowd excited. If the goal amount is met, you will join Miku on-stage for a special performance! More info on this game should be revealed later.

Check the gallery below for the first screenshots. Via SEGA Miku Blog 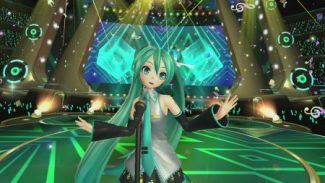 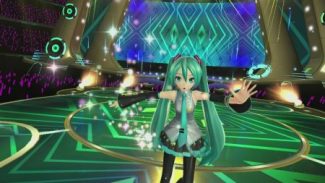