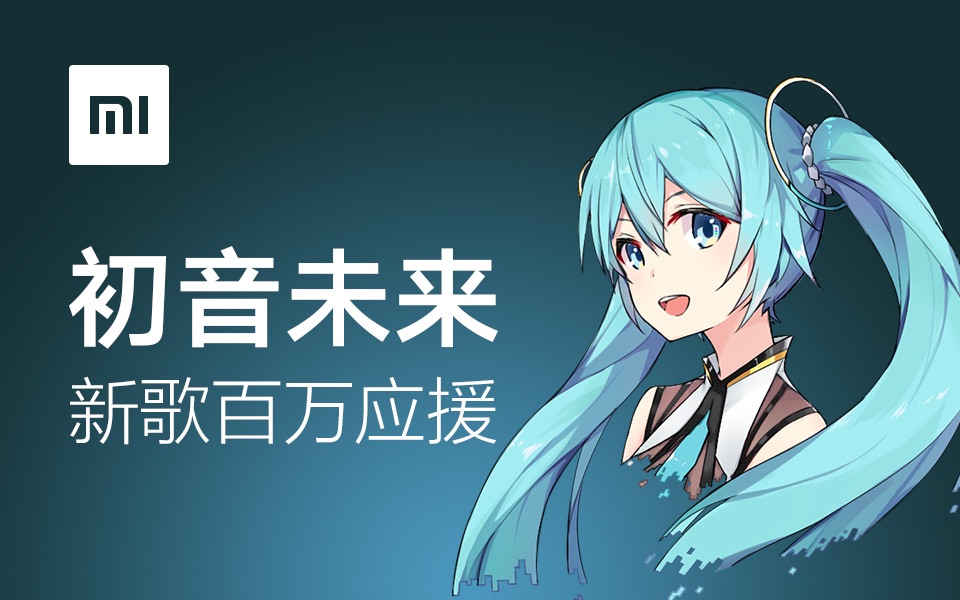 The Xiaomi company has started a new campaign on Bilibili, asking the Hatsune Miku fan community to show their support for… Something. But with Xiaomi well known for making smartphones, and having already produced a Miku edition smartphone in the past, it looks like they may be making another!

The collaboration asks Miku fans to show their support by voting and sharing to reach the support point goals, and unlock new content and announcements. The campaign page has two buttons used to show your support, an orange “vote” button, and a red “share” button. Each person can “vote” 5 times a day, and share once per day on Weibo, QQ, or Baidu for 10x the support points. After supporting the campaign for 3 days in a row, your support points can be multiplied up to 20x.

The most recent goal of 750,000 “support points” unlocked the full version of “Zuimei Yinji” (The Most Beautiful Impression) featuring Hatsune Miku V4 Chinese, written and composed by Mineko and Irish Kappa! The video features a silhouette of artwork drawn by Mame no Moto. You can listen to this song below.

The campaign has just two more goals to be reached. As of the writing of this article, the campaign sits at 936,000 support points.

There’s also rewards for those that post comments on the campaign page with the hashtag ” #小米X初音未來#”, and their wish for the campaign (limited to residents in China, of course). Posts to the site have a post ID number. Posts with the hashtag that also end with the number “39” will win a 5,000mAh Xiaomi Mi powerbank. Posts ending with “3939” will win a Xiaomi Mi Band. Each winner can only win their prize once.

We’ll keep you updated as the camaign progresses!

Writer’s note: If I had to take a guess at which phone Xiaomi might use for the next Hatsune Miku edition smartphone, we’re suspecting the Xiaomi Mi 6X.