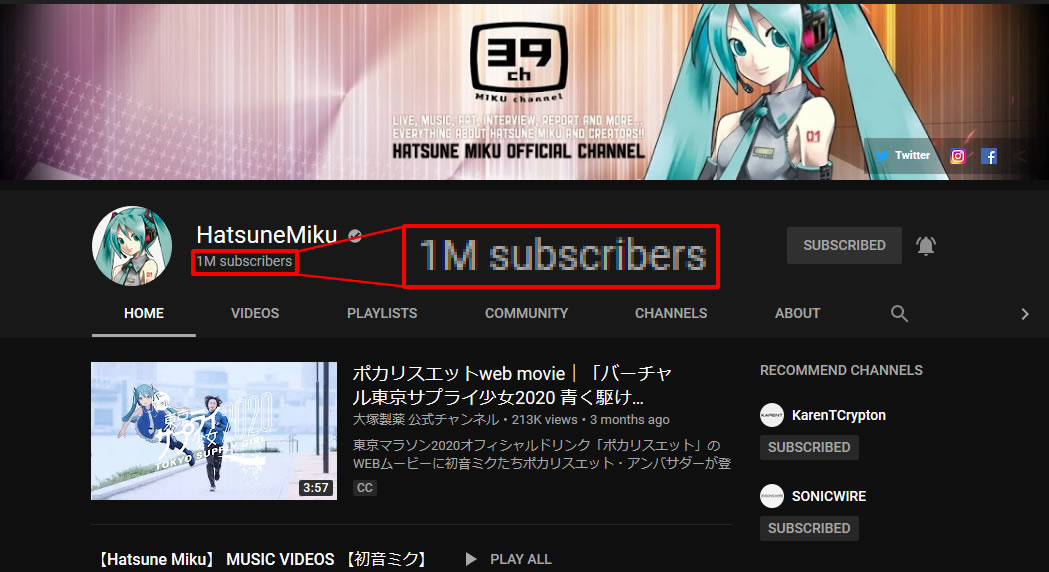 Well, the time since 2011 has really flown, hasn’t it? It has taken a little less than 9 years, but the official Hatsune Miku YouTube channel is celebrating its 1 Million Subscriber milestone today!

The channel was originally launched in December 2011, in a move that many fans felt was long overdue at the time. 312 uploads and 100+ million video views later, there’s been a lot to talk about and celebrate in the Hatsune Miku fan community!

It was also around the 2011 time period that the overseas fanbase for Hatsune Miku really started to take off, and we’ve continued to grow at a steady pace around the globe. We, the fans, have come together to make this achievement possible!

Is there any video in particular over the years from the channel that was a favorite of yours? Share them in the comments below! Personally, I enjoy the event digest videos recapping major events, such as Snow Miku and Magical Mirai.