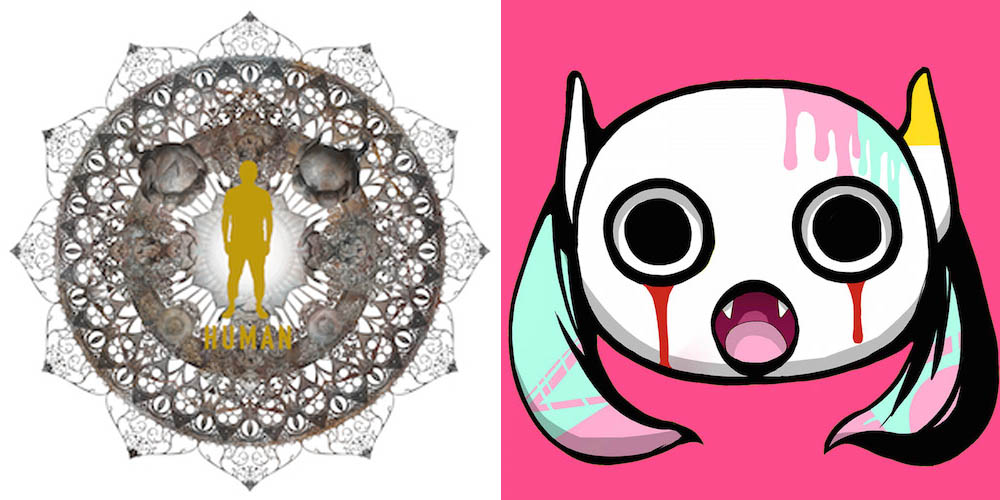 The producer PinocchioP will be releasing his latest album “HUMAN” on November 23rd, featuring an interesting mix between human and Vocaloid tracks together. The album comes in regular and limited editions, with the limited edition holding an extra disc of 7 tracks and a 32-page booklet housed in a hard paper box.

PinocchioP is a vocalist, lyricist, and also a VOCALOID producer known for his fast-paced beats of electro punk and witty lyrics reflecting on everyday life’s issues. He is also an illustrator and the creator of two characters who are the subjects of his songs: Aimaina and Doushite-chan. These two characters are featured in most of his videos and merchandise; they are very attractive with intriguing backgrounds. PinocchioP does not perform alone. He joined forces with DJ PinocchioP MK-2 (pronounced: MAK-TWO), who is in charge of the scratches and samplers.

Preorders are currently available on CDJapan, Amazon JP, iTunes, and Apple Music, with the two latter options featuring all tracks from the two discs. In addition to the preorder, three songs have been released: “Everything About Animals”, “It’s Matsuri, Hey Come On!”, and “Crappy Fantasy Days”.

Below is the crossfade of this album. Watch it on Youtube or Nicovideo!