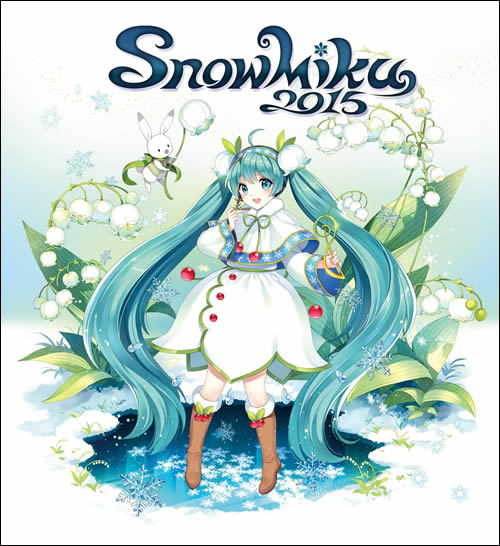 Today’s announcement via Crypton and Good Smile Company’s livestream bright a number of exciting announcements. First up is the reveal of the main Snow Miku 2015 visual art, which was illustrated by Nardack. The illustration (seen above) also changes on the official Snow Miku site depending on the time of day.

The second piece of news was the announcement of 4 Vocaloid concerts planned for Sapporo, spanning across two days. There will be a daytime and night time performance on both February 7th (Saturday) and February 8th (Sunday). More news on these events are expected later.

If you remember last year’s Sepang ver. Racing Miku, this year we have a somewhat similar design to support Good Smile Racing’s upcoming race in Thailand. Illustrated by Oguchi (official 2014 Racing Miku illustrator), this version of Racing Miku has been dubbed the “Thailand Cheer ver. Racing Miku”. It is unknown if goods are planned with this design, but it is a possibility. 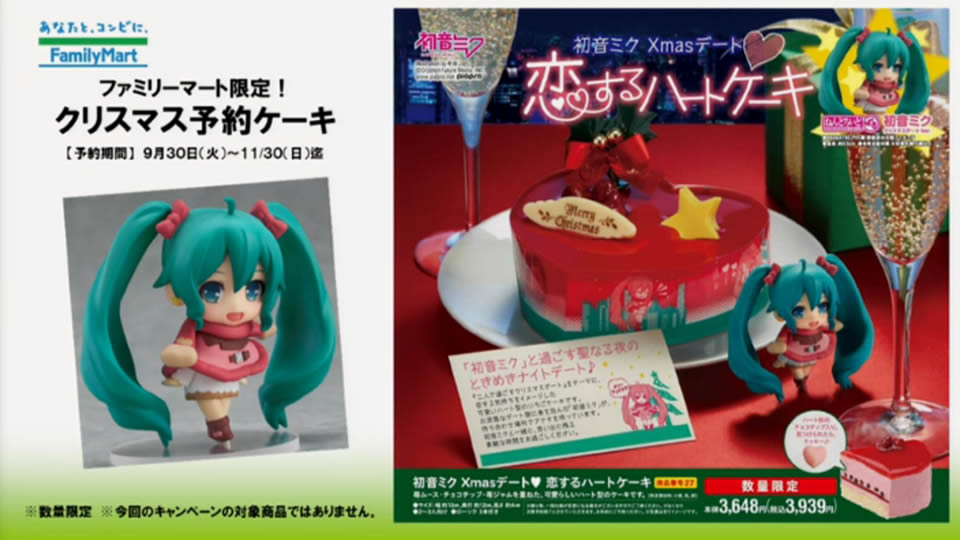 For those of you with a sweet tooth, another Hatsune Miku Christmas cake by Family Mart has been announced. And just like the previous two years, this cake will also include a petite nendoroid of Hatsune Miku as a rare (and adorable) collectable. Preorders for the cake will remain open at Family Mart until November 30th, and has a price of 3939 Yen.