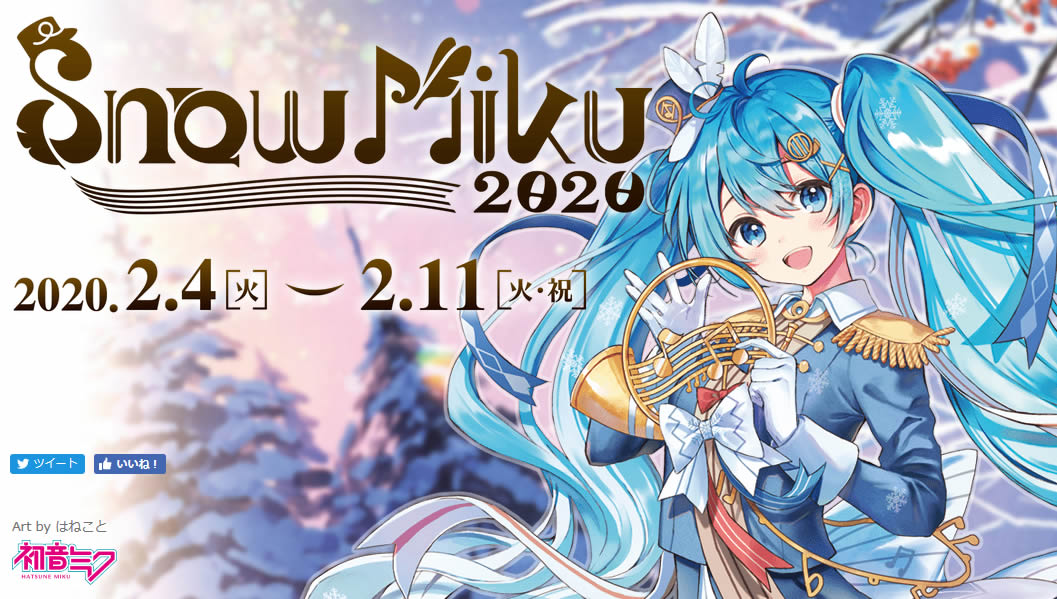 The official website for Snow Miku 2020 has been updated with a new main visual artwork, a teaser for the theme song, accommodations, a DJ Live event, and the “Snow Miku Train” reveal and operation schedules. Check out the details below!

The main visual art for this year was drawn by Hanekoto, a highly popular light novel artist and character designer. Snow Miku just looks so charming and sweet with that marching band theme! This artwork, along with many future others, will be featured in various promotions during the Snow Miku event in Sapporo.

A 50 second teaser for the Snow Miku 2020 theme song, titled “Poka Poka no Hoshi” (Cozy Planet) has been uploaded to the official Hatsune Miku YouTube channel. The music and lyrics were written by none other than Harumaki Gohan, and sets a pleasant and light atmosphere. 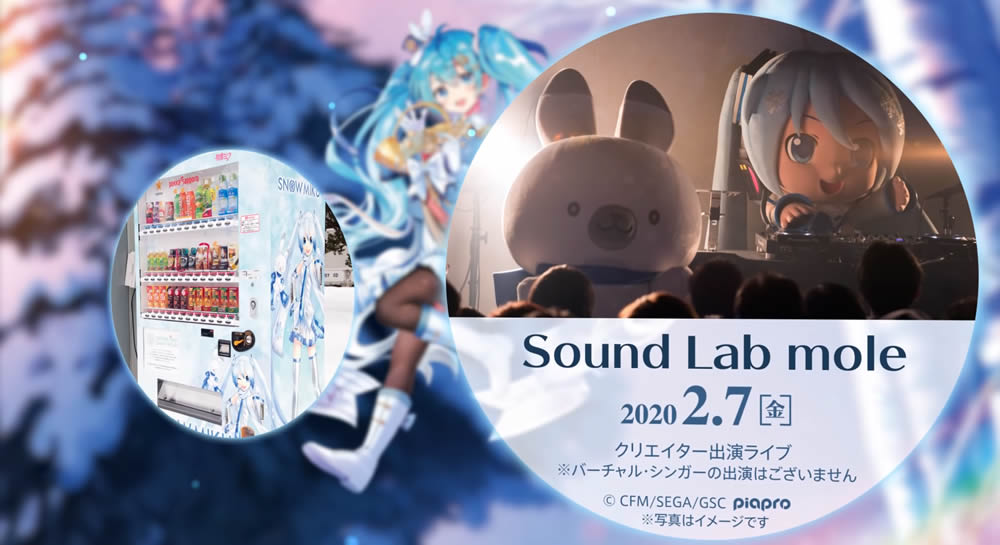 A live DJ performance by Vocaloid creators will be held at Sound Lab Mole on Friday, February 7th. More info on this event will come later!

Official tour packages and accommodations will be opened to overseas visitors starting at 17:00 JST on October 31st. Package plans include hotel stays, Snow Miku 2020 Nendoroid and figma reservations, and tour-limited original goods. The English version of the Snow Miku 2020 website will be updated with a banner linking to the accommodations once they’ve opened.

Note: Due to a bug caused by poor website coding last year, many overseas fans missed out on accommodation reservations. To avoid this bug, we advise setting your device time to Japan time when attempting to reserve your accommodation. 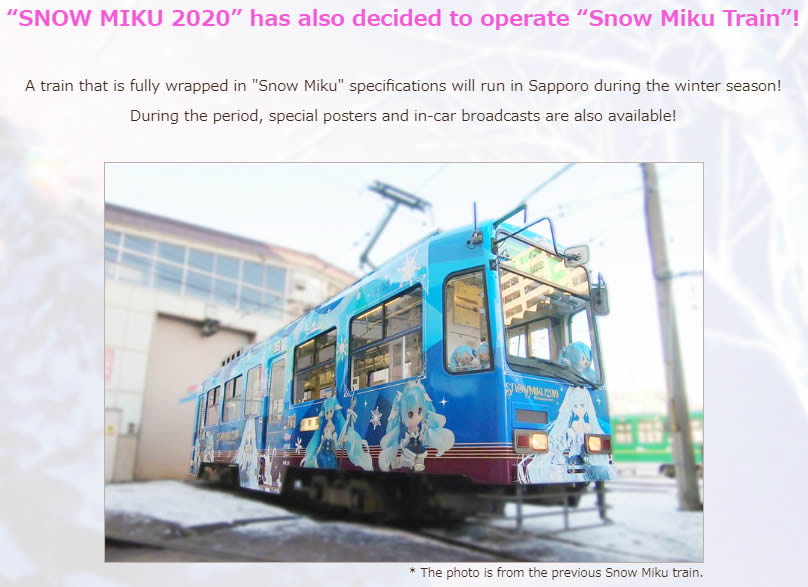 The “Snow Miku Train” is making a return this year starting November 25th! The vehicle will be in operation daily from 7:00 AM ~ 6:00 PM until March 25th. As usual, expect it to be wrapped in the Nendoroid and figma designs, with promotional posters hung inside the train car.

An early public preview of the train will be available on November 24th from 10:30~14:00 at the Sapporo City Transportation Bureau Train Office (Sapporo City Chuo-ku South 21 West 16th Street). We’ll share the photos in a later article once they’re available!