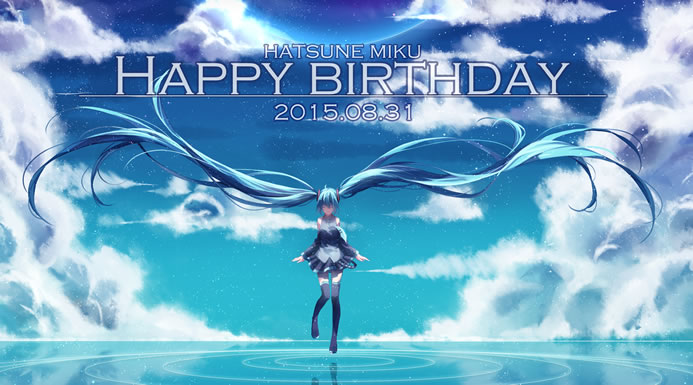 Illustration by 通行人P from Pixiv.

It’s now August 31st within Japan, marking today as the 8th anniversary since Hatsune Miku’s original VOCALOID2 software was released to the world. Essentially, this means it’s also her birthday!

The past year has brought a number of major highlights in Hatsune Miku’s history:

… And so much more! Thank you for bringing another year of immeasurable excitement and happiness for many people around the world. Happy Birthday, Hatsune Miku!

Below are some illustrations by Pixiv Illustrators in celebration of Hatsune Miku’s 8th anniversary.

8th by 瘋狐 on pixiv

~ Happy ∞ Birthday ~ by 黒川紙◎夏休中 on pixiv

Happy birthday☆ by Nine on pixiv

HAPPY BIRTHDAY by 朝顔みのる on pixiv