To participate, simply record a video of yourself that’s between 30 seconds and 2 minutes long, explaining what Hatsune Miku means to you, and why you love her. Then send a link of the video to mikumirai2015@gmail.com (the sooner the better!). 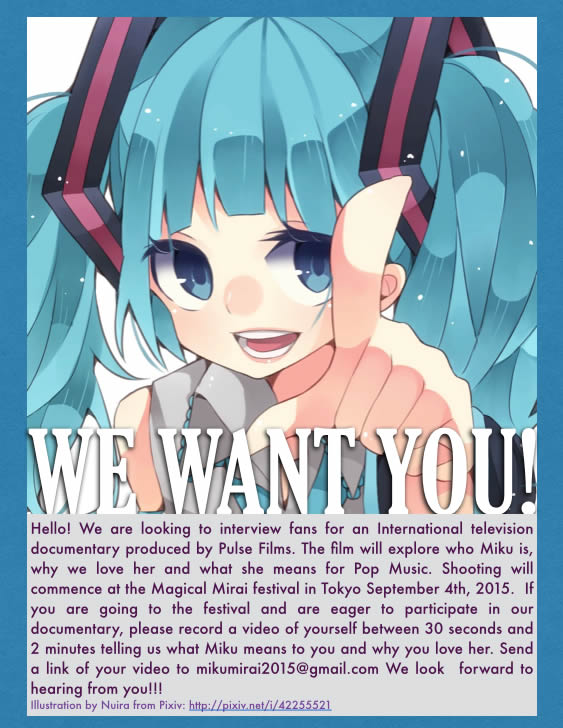