Two all-new Hatsune Miku scale figures have been announced this week, with very different designs and sizes. These are the 1/4 scale Snow Miku figure from FREEING, and the 1/8 scale “Hana Iro Koromo” ver. Hatsune Miku figure from Stronger, a relatively new figure company. Both figures were revealed yesterday at the Snow Miku Sky Town shop at New Chitose airport in Sapporo.


https://twitter.com/phaius66/status/678404957985374208
The Snow Miku figure borrows largely from the recently released and popular Hatsune Miku V3 figure, with some changes to the pose and color pallet. The smile was changed, and a snowflake was added to the outstretched left hand. Presales for the figure will open at Snow Miku Sky Town in February 2016, with online web orders to follow soon afterwards. The price is set for 27,800 Yen.
https://twitter.com/phaius66/status/678408580052094976
The 1/8 scale “Hana Iro Koromo” (colorful clothes) version figure was unfortunately not on physical display at the shop, but photos of the prototype were included on its teaser display. It is based on this beautiful illustration by Fujichoko, which was created for other various promotional goods at the Snow Miku Sky Town shop.

https://twitter.com/fuzichoco/status/655756560438685696
Like the previous Snow Miku figure, this one will also have open presales at the Snow Miku Sky Town shop in February 2016, with online web orders to follow soon after. No pricing information is available yet, however.

This year’s Summer Wonder Festival has exhibited many outstanding reveals and new upcoming figure releases. We’ve gathered in this article all the official figure announcements today.

Below is a gallery of official photos and a photo from @phaius66 on Twitter. 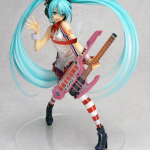 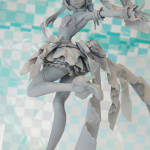 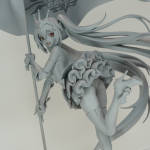 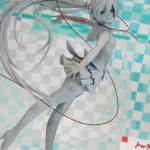 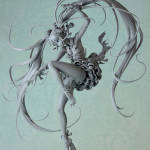 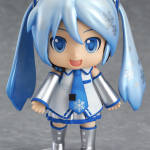 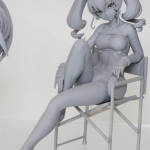 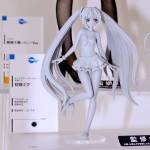 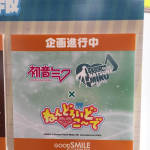