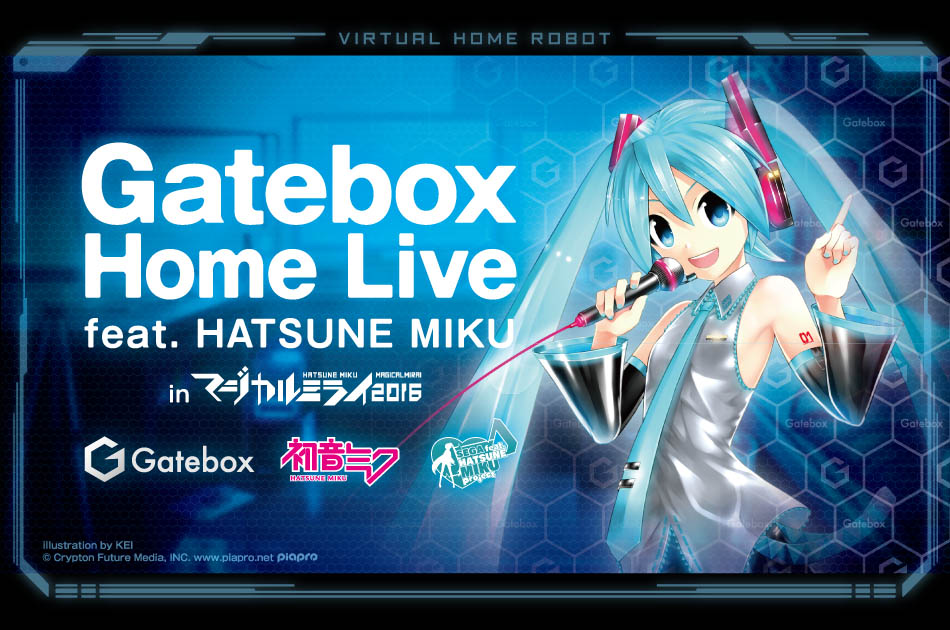 A collaborative live performance “Gatebox Home Live feat. Hatsune Miku” has been announced for Magical Mirai 2016 featuring the Gatebox technology by vinclu Inc. The technology utilizes video projection technologies and various sensors to bring out an in-dept virtual character in a cylindrical case.

Gatebox is the World First Holographic Communication Robot that allows you to live with your Loved One. The holographic projection technology brings the digital characters to communicate with you. Gatebox concept model was developed in dreaming of a world where she comes to see you from the other side of the screen.

For visitors to Magical Mirai this year, registration for the performance is now available on the special site launched today. The date and time can be chosen up to three choices on September 9th~11th and 10:00~17:50 JST, with the venue being Makuhari Messe International Exhibition Hall.

The winning results will be announced on August 31st at 24:00 JST.

Below are Gatebox concept movies with display of many functions it held from basic voice command tasks to gesture interactions, featuring the character Hikari Azuma.