Previously exclusive to Steam and Oculus Store, the action rhythm game “Hatsune Miku VR” will be coming soon to PlayStation VR! The game was initially launched in spring 2018 as a collaboration between Crypton Future Media and Degica co., with the main visual by the artist Yuuki Kira

A trial version is also available now for play testing at Magical Mirai 2019 in Osaka. Stay tuned for more info! 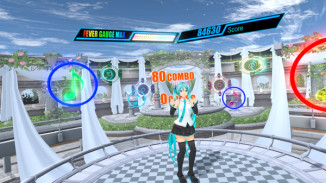 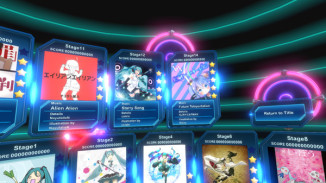 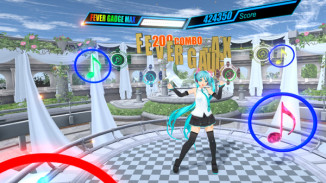 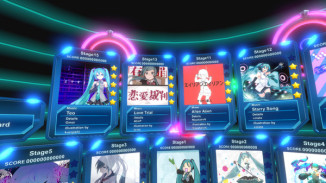 SEGA has announced Hatsune Miku: VR Future Live for western release scheduled for October 14th. The demo of the game will be available at the upcoming Gamescom, an annual trade fair for video games held in Germany. The demo will be located in the PlayStation booth in hall 7.1.

Hatsune Miku: VR Future Live takes players into Hatsune Miku virtual reality concert at front seats, and features rhythm/motion mechanics to fill a voltage meter to get the crowd excited. A special event to join Miku on-stage will trigger upon meeting the goal. More info is expected to be revealed later.

Exclusive to PlayStation VR, the Hatsune Miku: VR Future Live bridges the gap between the physical world we live in and the digital world of Hatsune Miku in a completely immersive way. Leave the living room behind (figuratively speaking), as it transports players to a virtual stadium, fully immersing them in the crowd of Miku fans and going wild for the digital singer. As the lights dim and Miku gets ready to take the stage, the player’s controller transforms into a glow stick. When the show begins, players can keep time with the song by taking cues from the rest of the crowd waving their glow sticks, with the goal of cheering on Miku during the concert. As players encourage her, it builds up the voltage. Once the voltage reaches its climax, players will find themselves transported on stage for a special one-on-one encore performance with Miku!

Hatsune Miku: VR Future Live launches in Japan on October 13th, and America and Europe on October 14th. The game will be a PlayStation VR exclusive app with prices to be determined.