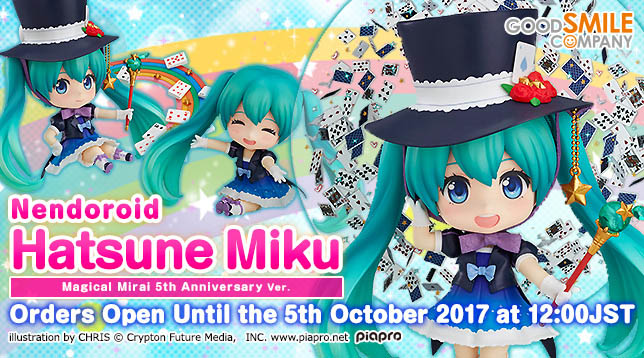 From the “Character Vocal Series 01: Hatsune Miku” comes a new Nendoroid of Hatsune Miku based wearing the outfit used for the 2013 Magical Mirai key visual illustration! She comes with three face plates including a standard smiling face, a more serious smile with her eyes looking to the side as well as a cute smiling expression with a slight blush and closed eyes.

Optional accessories include her trademark hat as well as her magic wand sculpted in beautiful detail. She also comes with colorful magic effect parts to display her performing magic, as well as parts that allow for a cute sitting pose! A special background plate drawn by the illustrator CHRIS is also included to really bring out the magic! Be sure to celebrate the 5th anniversary of Magical Mirai by adding this magical Miku to your collection!

Preorders are open starting now at 5,000 Yen (~ 46 USD) on Good Smile Company’s online shop until October 5th at 12:00 JST, with release scheduled for February 2018. She was first available at Magical Mirai 2017 on September 1st~3rd, and has been announced for sale at CharaExpo 2017 on September 9th~10th in Singapore. 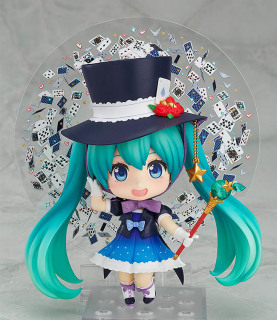 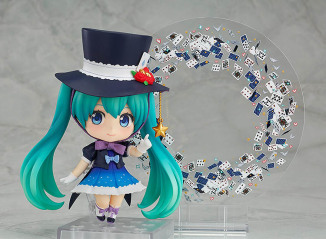 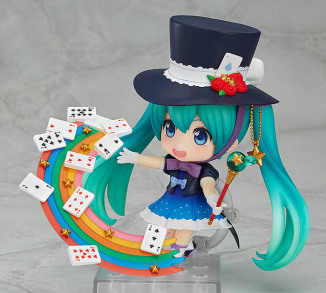 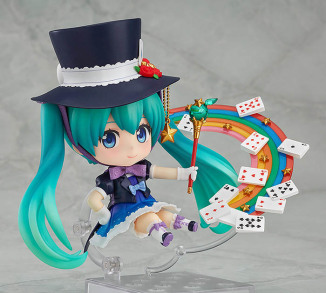 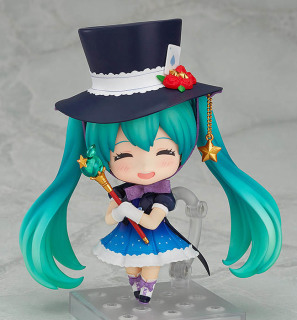 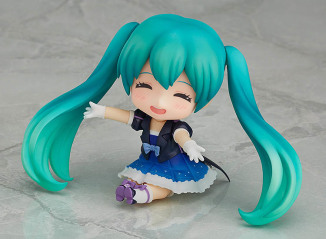