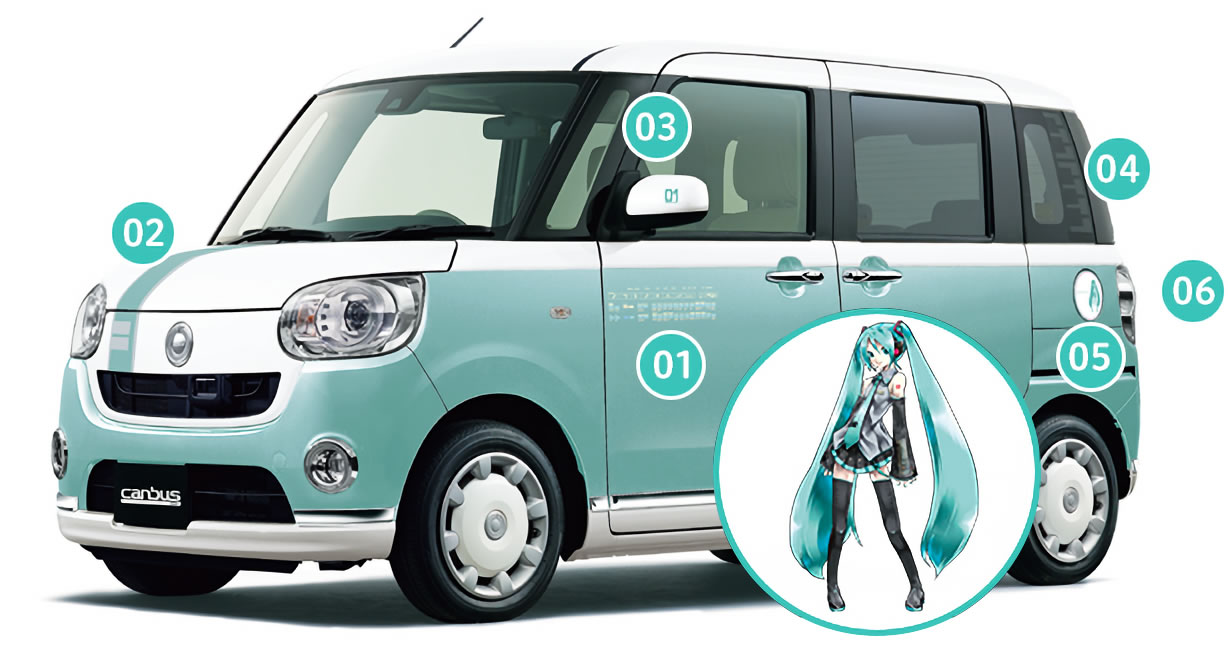 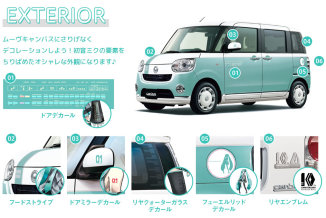 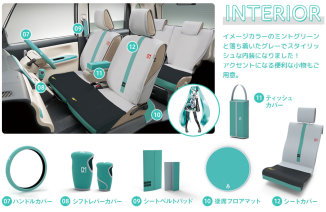 Further details about the car’s availability and pricing is still to be announced, and Daihatsu will be posting updates on the official collaboration site, as well as the official Facebook page.

Daihatsu has previously collaborated with Snow Miku for the Mira Cocoa (2014) and Cast Activa (2016). Perhaps we’ll see a new Hatsune Miku x Daihatsu collaboration every 2 years? For those curious, the Move Canbus is classified as a “KEI” type car, and isn’t legal for use in the United States, and possibly other countries.