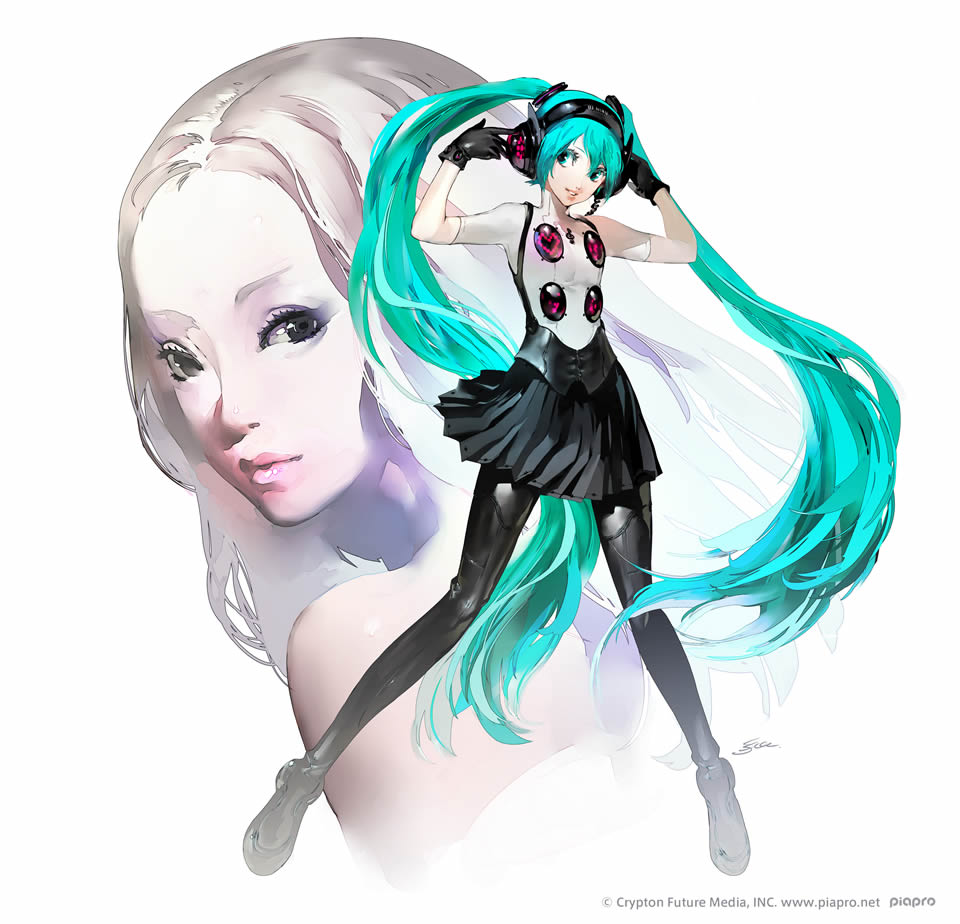 An official announcement came today announcing a collaboration song from two big idols of Japan: Namie Amuro and Hatsune Miku, under the title “B Who I Want 2 B”. The song is produced by UK underground artist Sophie, with lyrics co-wrote together with Michie M.

At the peak of her popularity, Namie Amuro was widely recognized as “Teen Queen”, “Queen of J-Pop” or even “Japanese Madonna”. Her collaboration with Hatsune Miku was previously held a secret, as the title was released as “B Who I Want 2 B feat. U hum sneak it” (anagram). What followed after were the released preview and commercial with no vocal audio in them, which slowly stirred up curiosity and suspicion among the community. Until today, that is.

The main visual was done by illustrator Shigenori Soejima, who is best known in the community for his works in Persona 3, Persona 4, Catherine and the upcoming Persona 5. The song is part of the album _genic which will soon release on June 10th. For more details on the album please visit the official website: http://dimension-point.jp/amuro/_genic/

Below is the song preview, which was broadcast on TV earlier today (split into two parts):