If you remember or were a contributor of the kickstarter campaign for the Hatsune Miku 10th Anniversary advertisement project, you’ll be happy to hear the advertisements are now live at the Samseong station of Gang-Nam, Seoul, Korea!

Image tweets and even videos are now available, showing off the final product of everyone’s contribution. Some screens are dedicated to various Hatsune Miku illustrations, while others show an adorable ApiMiku MMD animation. There’s also a screen scrolling the names of the campaign’s contributors. Check out the images from the tweet above, and the videos below!

EDIT: The campaign organizers have notified us that the videos displayed are not final, and 3 new video adverts will be on display next week! 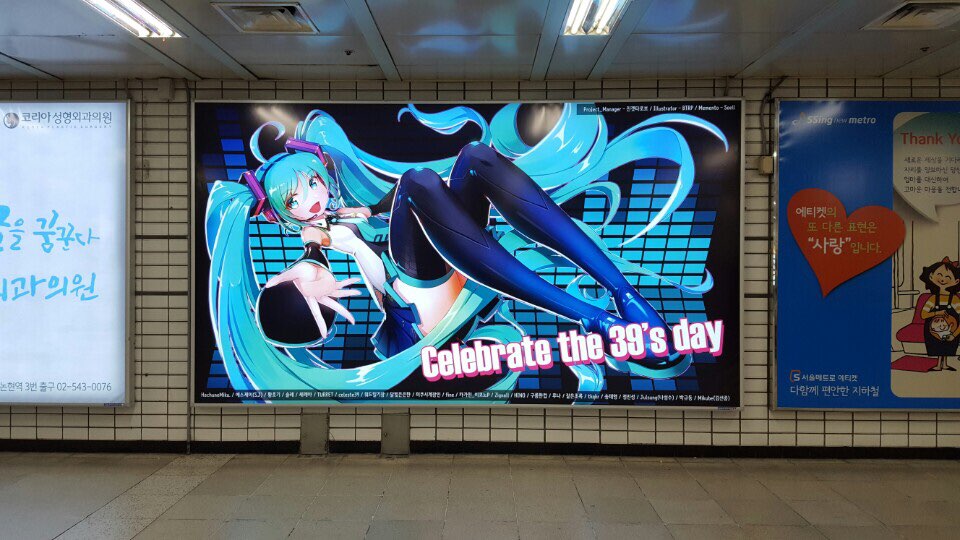