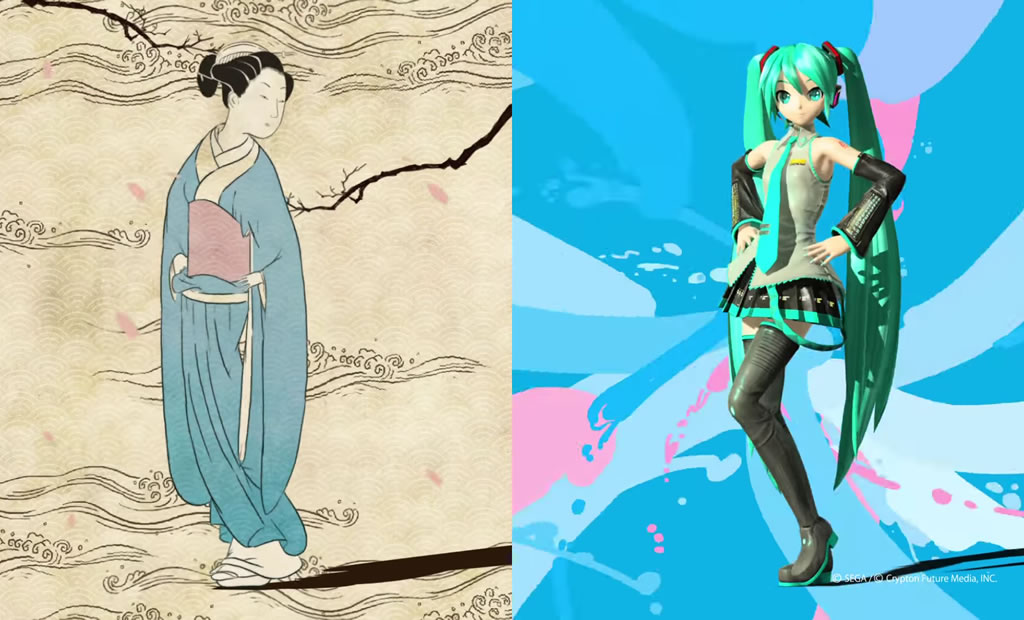 As Hatsune Miku’s iconic appearance becomes more known around the world, Japan further recognizes her as an important symbol of modern Japan culture. This is reflected in the latest PR video from TokyoTokyo, where Hatsune Miku makes a surprise appearance. TokyoTokyo is an officially recognized tourist info page detailing Tokyo’s unique style of culture, mixing traditional with cutting-edge.

Hatsune Miku makes her appearance 7 seconds into the video, which symbolizes the theme of Tokyo offering “Unique” experiences you wont find anywhere else. She also appears in the short preview playing in the background of the TokyoTokyo homepage.

The development of woodblock printing technology in the 18th century brought ukiyo-e prints into the mainstream of popular culture. Most arresting were the nishiki-e, or “brocade prints” made using more than 10 color print blocks, a unique Japanese art form that influenced the Impressionist artists. Meanwhile, it is now 10 years since the birth of Hatsune Miku, the Vocaloid character that symbolizes Japanese culture today. She is an example of Japan’s art finding new fans the world over.

Check out the official PR Video below!