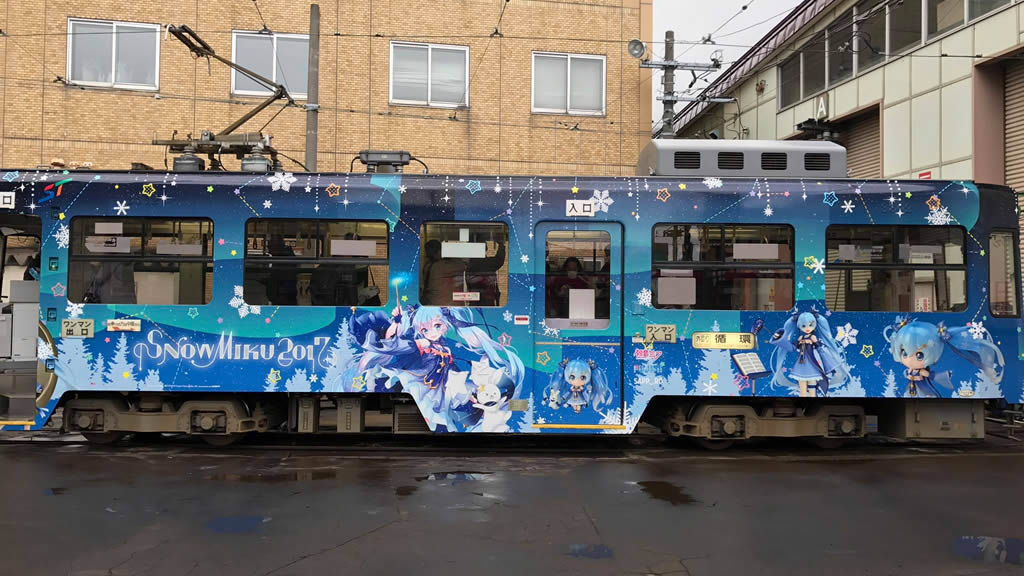 Today’s the day for the big reveal of next year’s Snow Miku street car! Twitter is already flooding with images from excited fans and visitors wanting a sneak peek, and we even have photos from Good Smile Company of the new Figma and Nendoroid, also on display inside the streetcar! The streetcar will begin its operation tomorrow (November 21st), and run until March 26th.

Now we also know that a Snow Miku 2017 module will be added to Hatsune Miku: Project Diva Arcade (and likely the PlayStation 4 version as DLC). Snow Mikudayo was also present to give her blessings for the snowcar introduction. Below is a gallery provided by a friend (thank you again!). 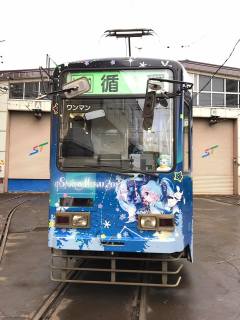 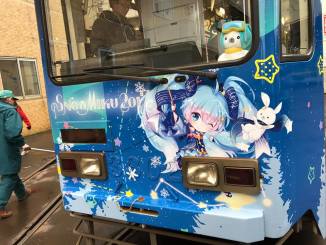 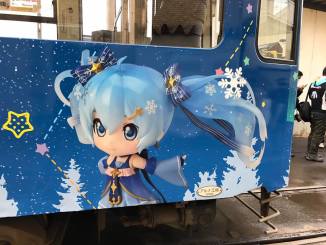 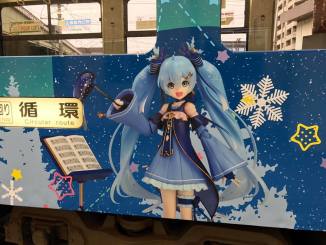 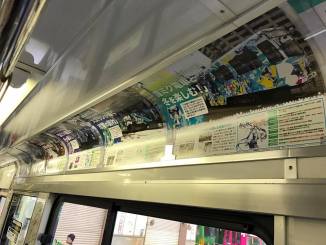 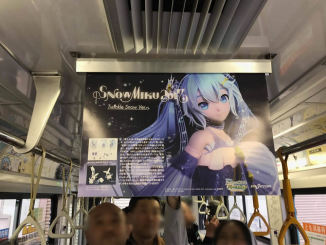 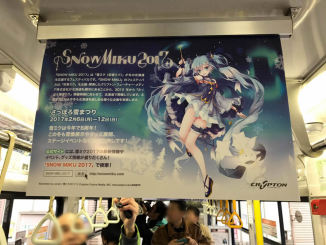 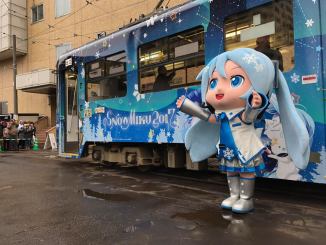 Eager to see Sapporo’s new Snow Miku street car wrapped with Snow Miku 2017 decor? So are we! Thanks to a press release by Sapporo Public Relations Magazine, we finally have a date of the reveal: You will be able to preview the streetcar on November 20th from 10:30 AM until 4:00 PM. This is an entire month earlier compared to last year. Note: We’re finding the address of the exact preview location. Will update with new info.

After that, the streetcar will begin its regular operation schedule from November 21st until March 26th. Watch for the news of the reveal on November 20th! Below is a video report on the Snow Miku 2016 streetcar from the last Snow Miku Sapporo event.

Thanks to @hajime24 for the tip.


With the Snow Miku themed tram car scheduled to commence its touring operations in Sapporo tomorrow, today is the day for the designs for the car, nendoroid and figma to be revealed! Official sources (Goodsmile Company), as well as fans have been quick to post photos and videos to twitter, which we’ll summarize below. The figma and nendoroid will also be on display inside the tram car itself during its operation.

The Snow Miku 2016 Snow Owl ver. nendoroid features hinged joints (a feature not seen since the Snow Miku 2011 nendoroid), snow goggles, and a knitted cap made of real fabric! The figma also appears to be quite flexible, but seemingly lacks any frabric materials. International preorders for the figures should open after the Winter Wonfes ends in mid-February, although visitors of the Snow Festival in Sapporo have the chance to obtain them at the event, months earlier than anywhere else.

An all new Snow Mikudayo made an appearance in her typical scary-yet-cute Mikudayo fashion, and was happy to pose with fans in front of the tram. Lastly, the interior of the tram was also decorated with various Snow Miku commodities, including a poster teasing the new Snow Miku 2016 module for Project Diva Arcade!