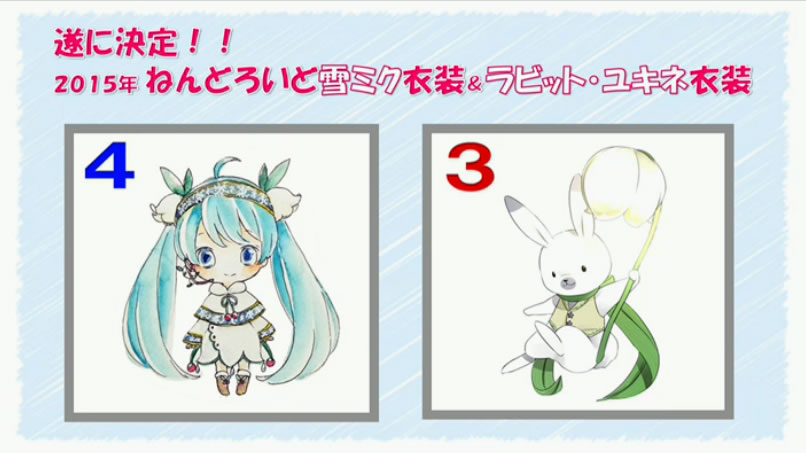 Thanks to votes from all Vocaloid community participants that joined the Good Smile Company stream, the winning outfit designs for Snow Miku 2015 and her pet rabbit Yukine have been chosen! The winning illustrators were Taran with 45.7% of the vote for Snow Miku, and Hayuki with 58.6% of the vote for Yukine. These designs will be used in Winter promotions starting late 2014.

During the stream, GSC also teased a photo of a backside view of a currently unknown and unannounced Hatsune Miku (?) nendoroid design. Any guesses on what it could be? 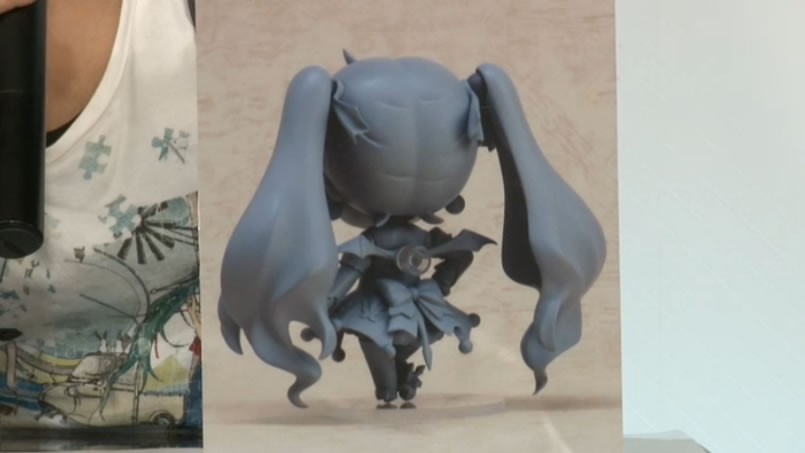 Good Smile gave their viewers a 360 degree view of a few other figures. These included the sculpture for the 1/7 scale Mikuzukin ver. figure, the 2013 EV Mirai ver. figma, the Deep Sea Girl 1/8 scale figure, and the Type-2020 1/7 scale figure.

The backside view of the Mikuzukin figure and EV Mirai Figma was the most important part of their reveal, along with a photo showing that Miku can wear that helmet that will be included. And thank you to Kahotan for the first official photoshoot picture of the figma! 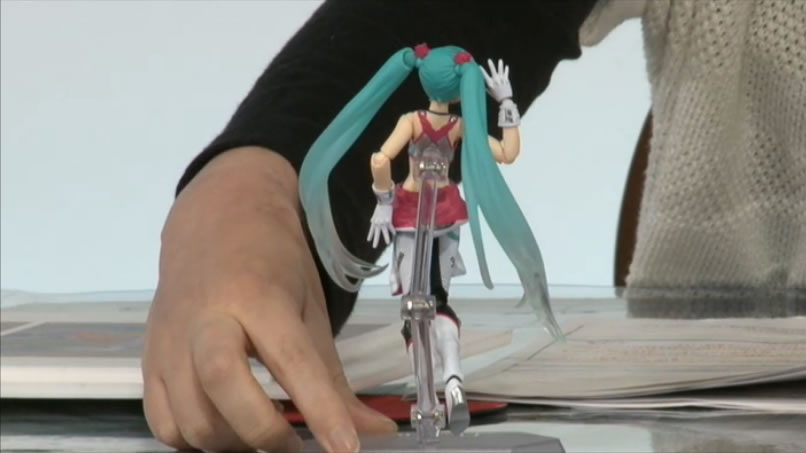 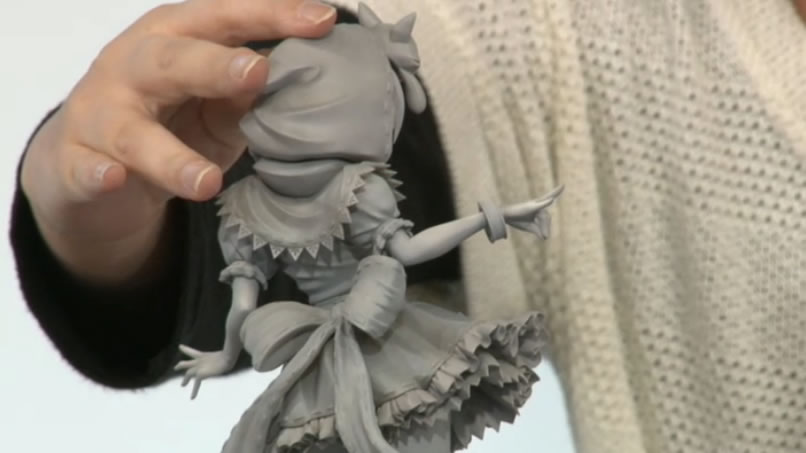 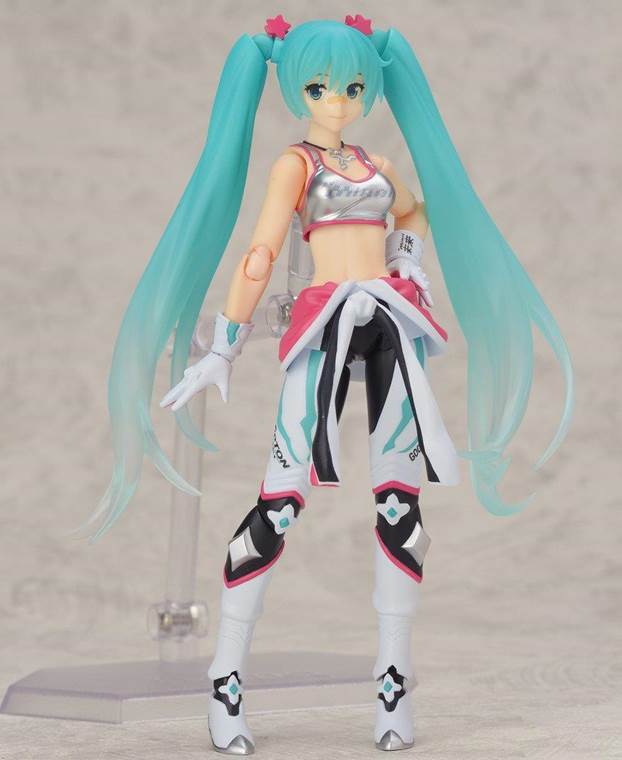 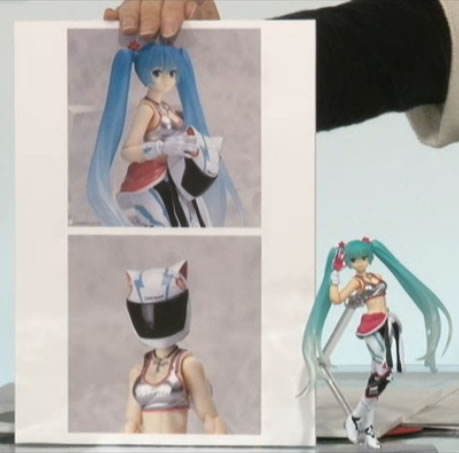