MikuMikuDance PVs from the video animator Thanks are always a joy to watch, and his newest music video is no exception. This latest work takes a different approach as an action music video, and features Hatsune Miku and Kasane Teto attempting to duke it out for possession of the microphone. I say “attempt”, because other guests drop in to join the battle. You’ll have to watch to find out who emerges victorious!

The music PV features the song “Play My Game feat. Hatsune Miku” by ROBO. Check it out below!

The forth addition to the highly-popular Hatsune Miku 2nd Seasonal prize figure series is here! She comes under the theme of summer festival based on the visual by the artist Wada Arco, best known as the character designer for the Fate series. You can expect her in the arcades by summer this year. 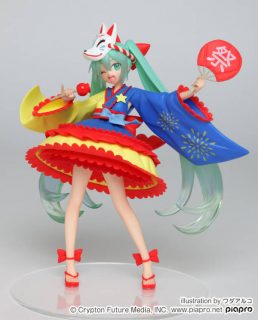 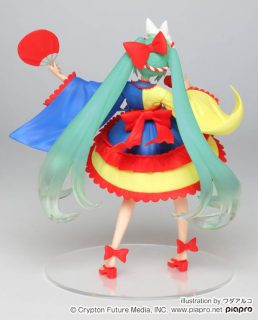 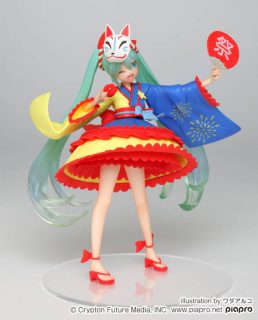 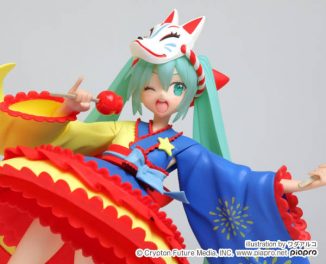 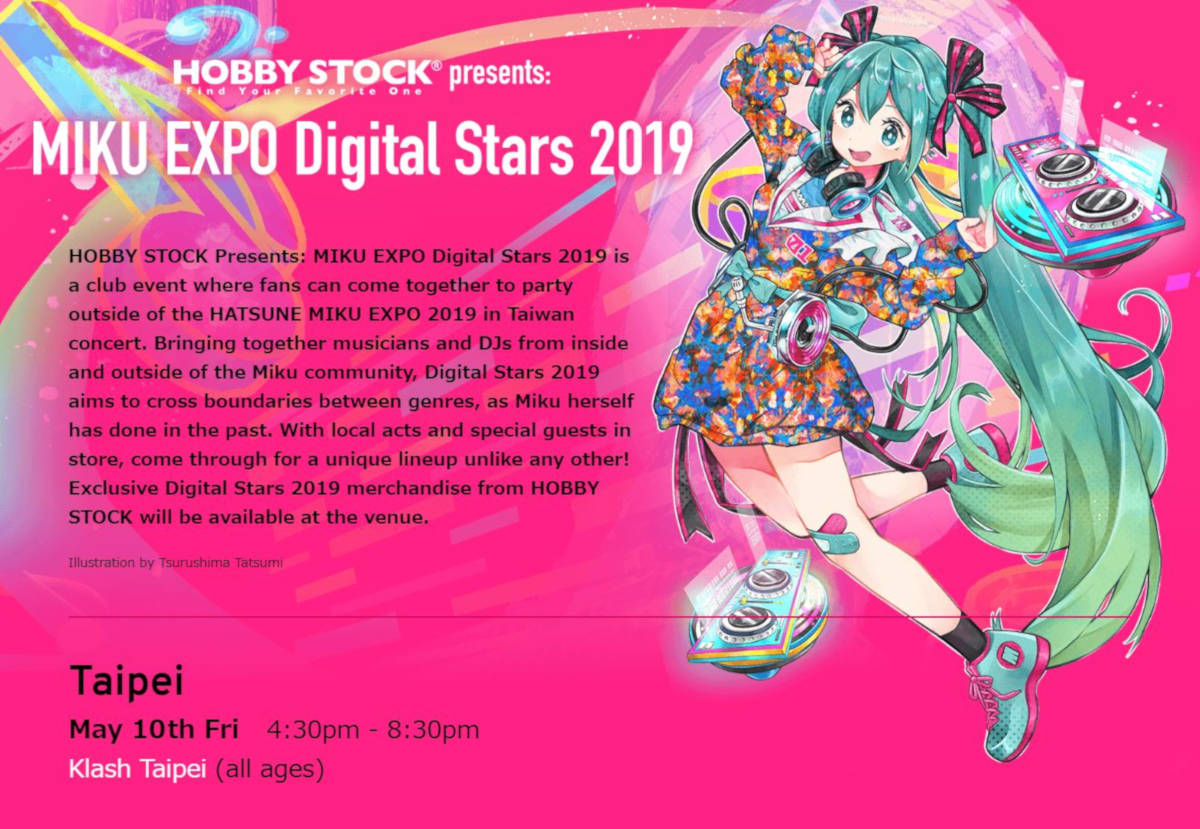 MIKU EXPO 2019 in Taiwan will be getting a club event as a pre-party for its live, a first for Taiwan, titled “HOBBY STOCK Presents: MIKU EXPO Digital Stars 2019“. Event main visual by the artist Tsurushima Tatsumi.

Not much is known about the club event for now, but expect a unique lineup of local acts and special guests for the event. Exclusive Digital Stars 2019 merchandise from HOBBY STOCK featuring illustration by Tsurushima Tatsumi will also be available at the venue. Stay tuned for more details!

The MIKU EXPO club event series is coming to Taiwan for the first time!
We are happy to announce that "HOBBY STOCK Presents: MIKU EXPO Digital Stars 2019" will be held as a pre-party for the #MIKUEXPO2019 in Taiwan live concert. https://t.co/L5GkahQhA4 pic.twitter.com/6fARG9DaZl 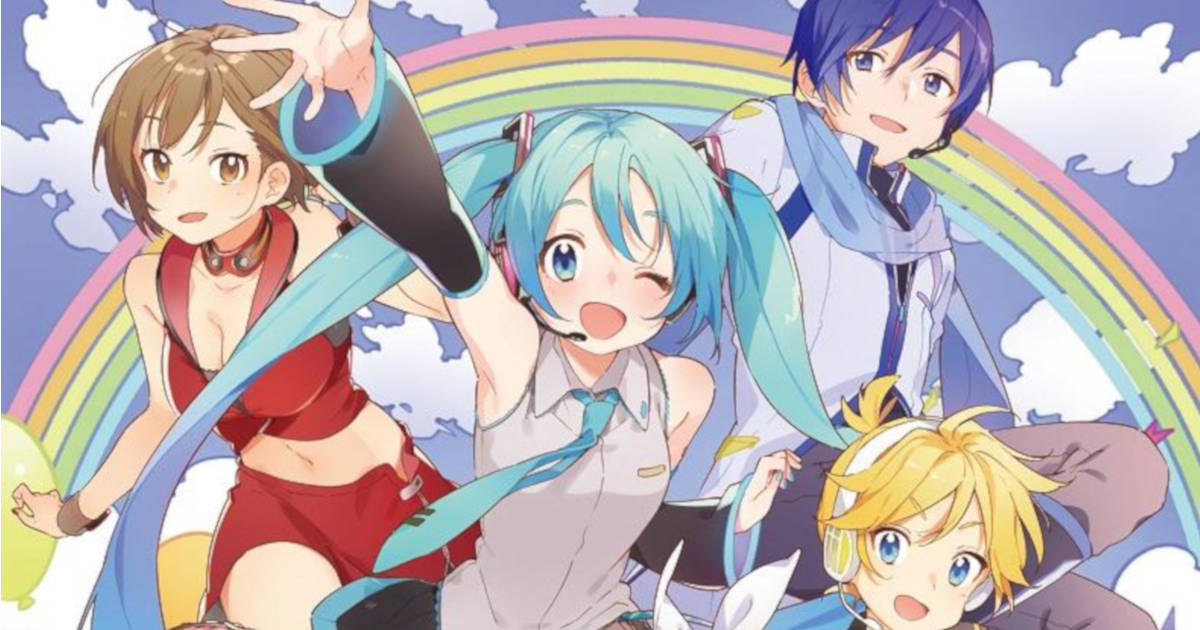 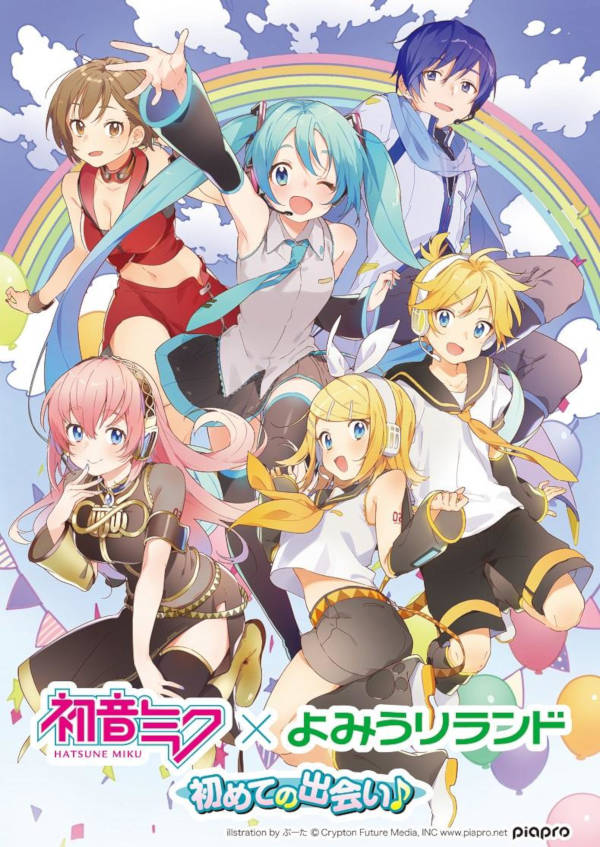 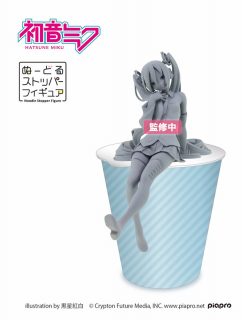 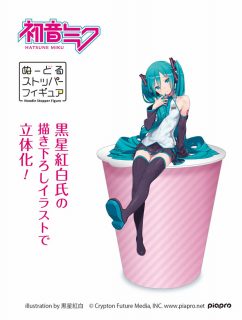 There will soon be the perfect Hatsune Miku accessory for your cup of instant noodles, thanks to FURYU Prize! A prototype was teased today for a Hatsune Miku “noodle stopper figure” that will be released as a prize figure in September 2019, and is designed to help hold your cup of instant noodles closed while you wait for it to cook! You can also simply prop her anywhere for added decoration.

The beautiful artwork for the figure design was drawn by popular illustrator Kuroboshi Kouhaku, and is also the first Hatsune Miku figure designed for this purpose. It will definitely make a great addition to Miku fan collections! Expect more news on this figure later.