Today’s 33rd illustration in the 39 day countdown to Hatsune Miku’s 12th anniversary was contributed by “nira”!

Here’s what nira had to say for Hatsune Miku’s 12th anniversary:

“Chemical reaction of the deep sky with the unknown.” – nira

Today is also the 2nd anniversary of the release of Hatsune Miku V4 Chinese! 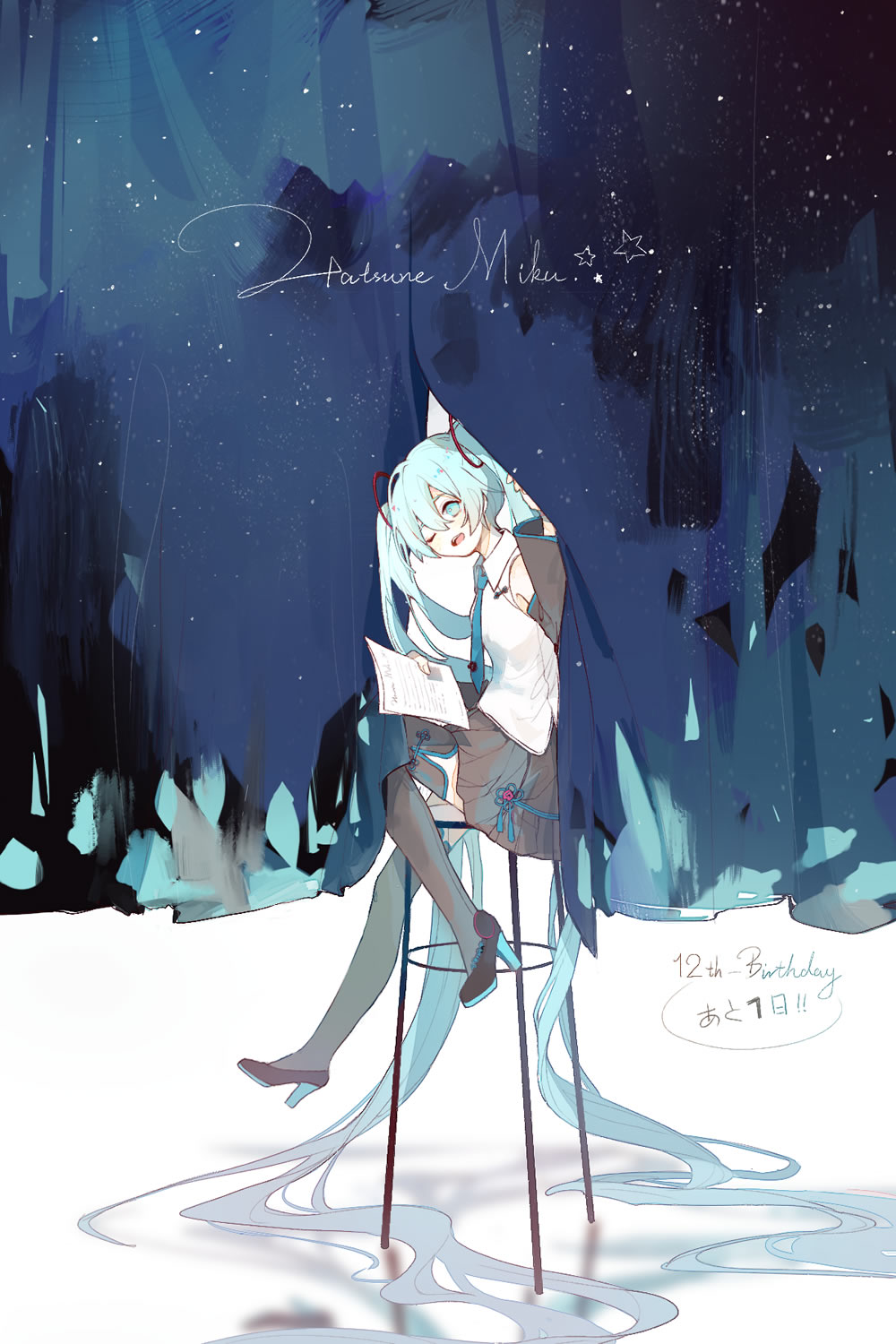