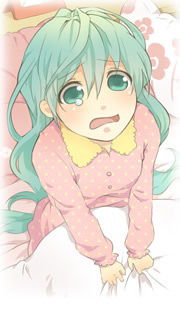 There were a few questions about the panel over the Trans-Pacific project, most notably about Crypton’s own (or lack of) involvement with the planning and events. It seems there was no mistake, and Crypton will not be participating. It looks like they will be occupied with their own plans to spread out to the world.

What could these plans be? Who knows. But with Miku’s English voicebank now scheduled for a Spring 2013 release, this would probably not line up in time with Yamaha’s or INTERNET CO.’s own project plans.

Lastly, Project Diva F for the PS3 has had more info announced. The good news is that it will be a standalone game, unlike the past three PS3 releases. If you have a PS3, but not a Vita, this should come as exciting news. More here.